Bear, Tutter, Treelo, Ojo, Pip and Pop have just had a sleepover and now Bear is waking up in the morning. It's still early, but the sun's about to rise and then everyone will be getting up. Some rise faster than others --- for example, Ojo finds all the morning noise upsetting at first, but given just a bit longer to sleep, she's good to go. Bear gets everybody going with a good breakfast. Treelo wants to run and play, but Bear helps him to appreciate that breakfast will give him the fuel to do that. Then, fueled and ready to go, they head for the events of the day. While Tutter, Treelo and Ojo go out flower-sniffing, Pip and Pop decide to go riding in their inner-tubes. When Pop can't find his, they all help to tidy up the house in an effort to find it. Bear then settles down to read a book. 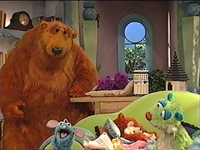 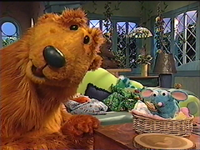 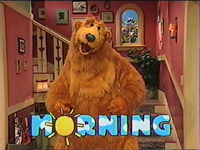 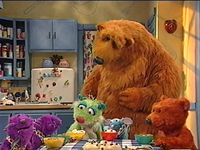 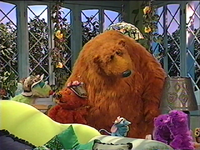 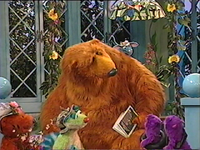 Retrieved from "https://muppet.fandom.com/wiki/Episode_315:_Morning_Glory?oldid=1272011"
Community content is available under CC-BY-SA unless otherwise noted.