The Muppet Show is broadcast in 108 countries, so Kermit plans an "international extravaganza," featuring people from each of those nations. Unfortunately, the various people don't necessarily get along, although everyone seems to understand the Swedish Chef telling a joke. At the end, everyone gets together for the Parade of Nations, singing "It's a Small World".

Jim Henson as Kermit the Frog, the Newsman, the Swedish Chef and Waldorf
Frank Oz as Fozzie Bear, Sam the Eagle, Miss Piggy and Animal
Jerry Nelson as Floyd Pepper, Scotsman, Lew Zealand, Whatnot and Robin the Frog
Richard Hunt as Scooter, Janice, Statler and Wayne
Dave Goelz as Gonzo and Luis Greco
Louise Gold as others
Steve Whitmire as others
Kathryn Mullen as others
Spike Milligan as an Australian 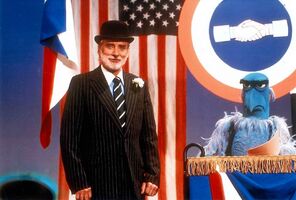 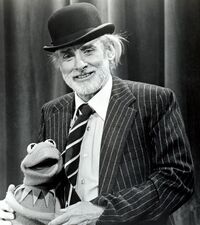 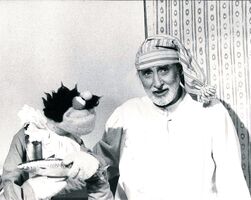 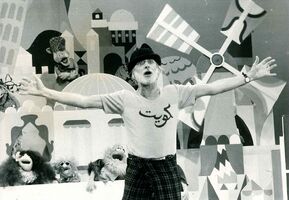 This press photo can be seen on the back wall of Angus McGonagle's dressing room. 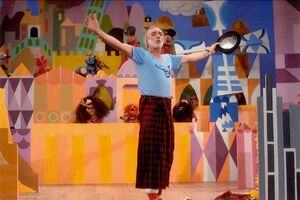 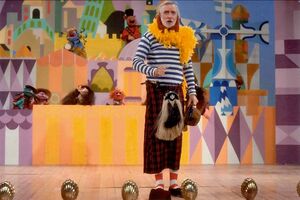 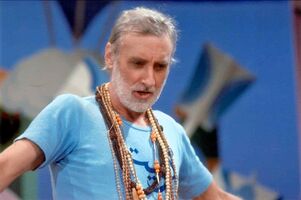 Retrieved from "https://muppet.fandom.com/wiki/Episode_317:_Spike_Milligan?oldid=1260800"
Community content is available under CC-BY-SA unless otherwise noted.