As the viewer arrives, Bear decides to try something a little different --- he wants the viewer to sniff him! It turns out that Bear's idea may have been prophetic because some very different things are happening around the area of the Big Blue House. Pip and Pop were out playing by the Otter Pond when they found something they've never seen before --- something with wings hanging upside-down from a tree. Bear explains to them that it's a bat. He tries to tell them all about it, but they disappear in a flash. Bear returns to the Big Blue House, where Ojo and Tutter both express the same sentiment. They're scared of the bat and don't want to have anything to do with it. Things only get worse when they all sit down and talk about it. Bear, however, meets the bat, whose name is Benny, and asks everyone else to meet it too. They reluctantly agree and find that not only is he not like what they expected --- Treelo is already his friend! 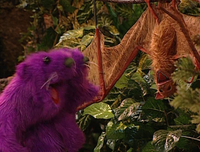 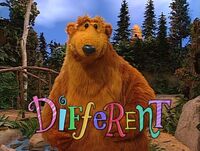 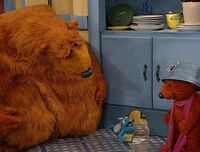 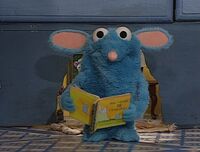 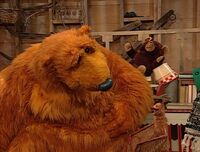 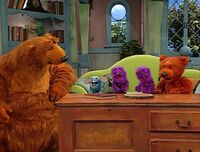 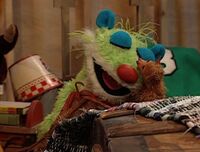 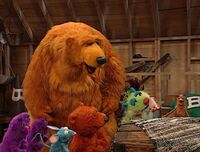 Retrieved from "https://muppet.fandom.com/wiki/Episode_318:_Bats_are_People_Too?oldid=1236821"
Community content is available under CC-BY-SA unless otherwise noted.