Bear wakes up early on a sunny day and finds himself thinking about words. He enjoys reading the words in the Woodland Valley Gazette, as it helps him to keep up-to-date on what's happening in Woodland Valley. While reading the paper, he hears a commotion in the kitchen and finds Harry and Tutter playing there. Tutter wanted to play knights and shining armor, but something about what he's saying is causing Harry to quack up a storm. He told Harry that he could be "Big Beaky the Dragon" and now every time he says "big beak," Harry goes "all quacky." Bear has the two talk things out and Tutter finds that Harry is sensitive about the size of his beak. He apologizes, saying that he likes his beak. Next, Bear helps Pip and Pop when they can't find the "whatchamacallit" that stops the water from draining out of the bathtub --- the plug. Pip and Pop find that they'e good with words, and rhyming. Later on, Ojo and the others hold a tea party in the attic. Harry's shy and afraid to join in, but Bear tells him that if he uses his words, the others will let him join in. 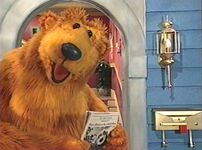 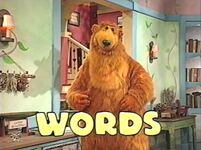 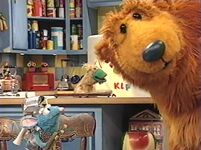 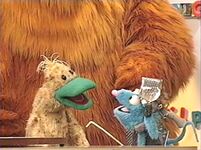 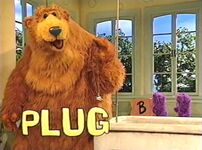 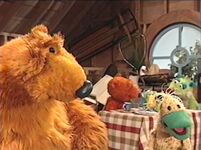 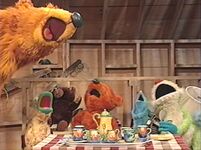 Retrieved from "https://muppet.fandom.com/wiki/Episode_319:_Words,_Words,_Words?oldid=1243637"
Community content is available under CC-BY-SA unless otherwise noted.