Doc Hogg is remodeling his office, so he asks Bear to hold some of his stuff at the Big Blue House for a while, including his computer. This machine, called the Hogulak 2000, is set up with a couple of great programs --- one featuring pictures of animals and also a daily puzzle. He also gives Bear permission to use it, so he shows Tutter and Ojo how it works. They learn that computers are interactive and that interactivity isn't something that can just be done with computers --- just doing something as simple as talking with someone is interacting. At first, they're reluctant to use the computer, but are soon having fun with it. As it turns out --- Pip and Pop already know about interactivity --- Pip shows Bear how much fun it is for him to interact with Pop, as opposed to something like a rock. Bear takes a crack at solving the daily puzzle, with the help of Treelo. 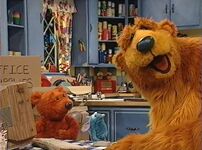 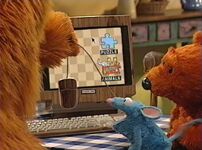 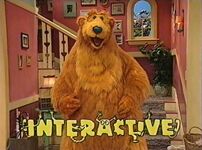 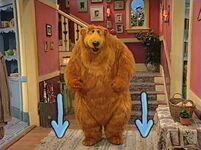 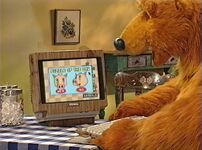 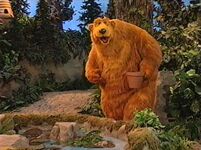 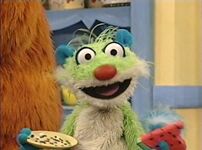 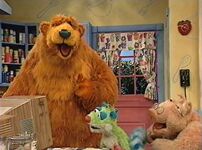 Retrieved from "https://muppet.fandom.com/wiki/Episode_320:_Let%27s_Get_Interactive?oldid=1241786"
Community content is available under CC-BY-SA unless otherwise noted.