In honor of Roy and Dale, the theme of the show is cowboys, and Roy's cows mill around backstage. They're crazy for Fozzie's cow jokes: "You cows are an udder delight! You don't know the hoof of it!" But just as he's getting rolling, they're herded onstage. Kermit says that's one thing you had to worry about in the Old West: "Audience rustlers." 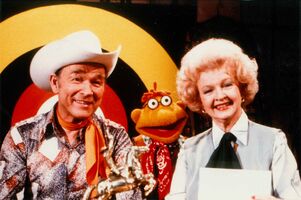 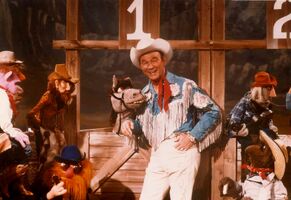 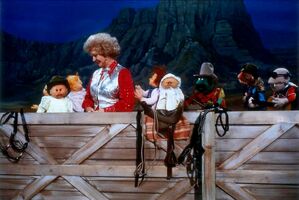 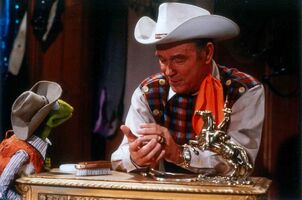 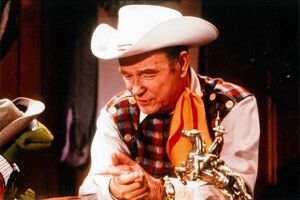 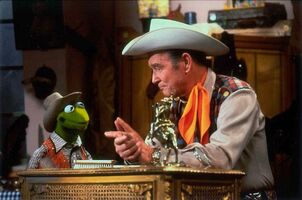 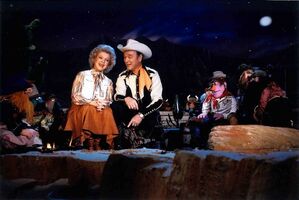 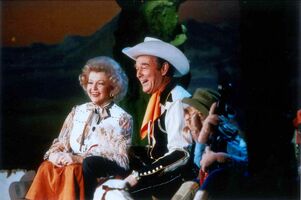 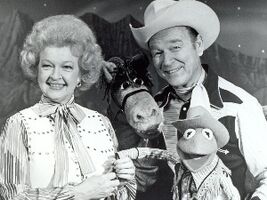 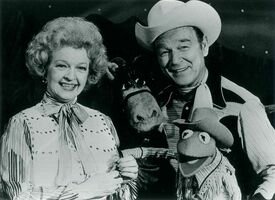 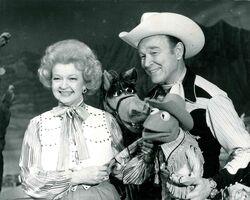 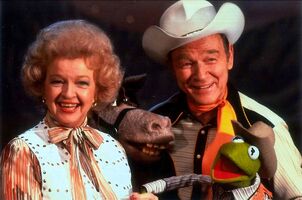 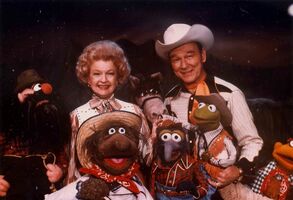 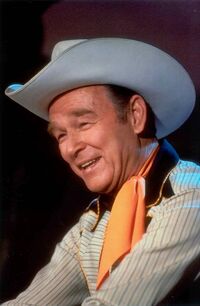 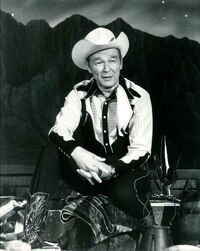