Bear is holding his weekly book club. He's excited that the mail has come because he ordered a new book and sure enough, there's a package waiting for him. However, when he opens the package, he finds that the book is called 1001 Ways to Cook Slop. This definitely isn't the book he ordered. A quick phone call to Jeremiah Tortoise reveals the mixup --- Bear must have received Doc Hogg's cookbook by mistake, while Doc Hogg got the book intended for Bear. He says that he'll get the problem taken care of as fast as he can. This leaves Bear with a bit of a dilemma, as he still needs a book to read for his club, but it could take a while for Jeremiah to bring the right book. Bear decides to search the Big Blue House for another book to read. As he goes about his search, he finds that everybody in the Big Blue House has ideas on books that he could read. 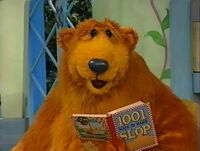 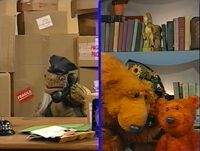 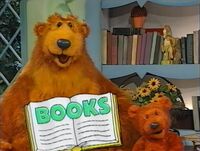 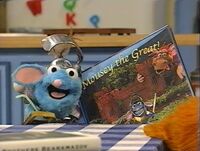 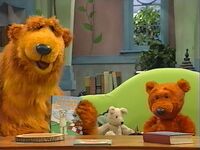 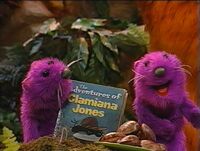 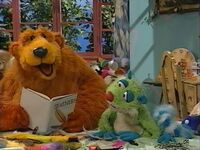 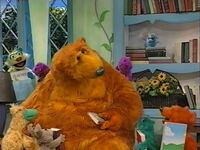 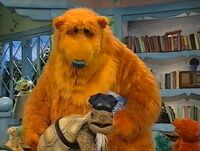 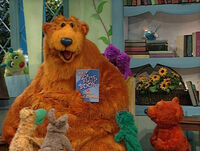 Retrieved from "https://muppet.fandom.com/wiki/Episode_323:_Read_My_Book?oldid=1291143"
Community content is available under CC-BY-SA unless otherwise noted.