The Prairie Dog Glee Club sings very well, but Scooter says they have "pack rat blood in 'em -- they keep stealing everything!" The prairie dogs go wild, taking everything Kermit has -- including his collar, which leaves him naked on stage. Finally, all the Muppets, and even Crystal, are undressed by the little thieves. 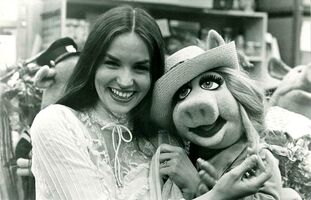 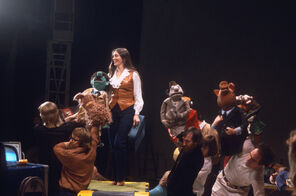 Behind the scenes of 'River Road' number. 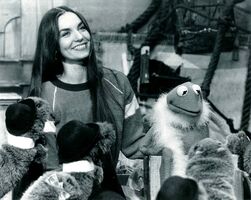 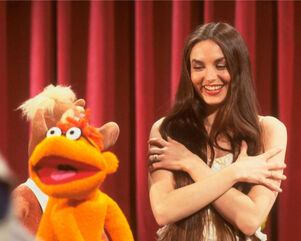 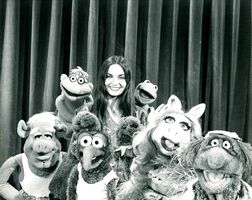 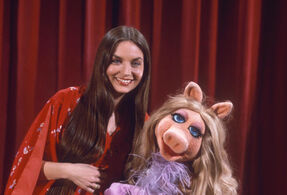 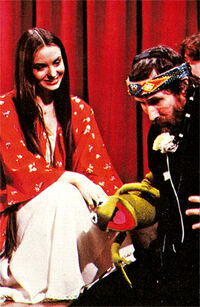 Behind the scenes with Jim Henson. 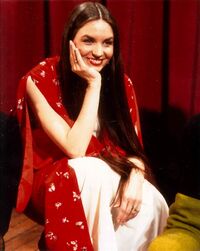 Add a photo to this gallery
Retrieved from "https://muppet.fandom.com/wiki/Episode_402:_Crystal_Gayle?oldid=1152100"
Community content is available under CC-BY-SA unless otherwise noted.