Bear is coaching the soccer team for Mouse School. At the first team practice, the team is confused by Bear's complicated diagram, while Tutter is amused by a comment of Moss'. Tutter decides he wants to be Moss' friend, but is worried because he's never actually made a new friend before. He's known the kids in the Big Blue House practically his whole life and thinks of them as family. When he hears that Ojo made friends with Christine Rabbit by doing nice things for her, he gets the idea that the way to make friends with Moss is to impress him. 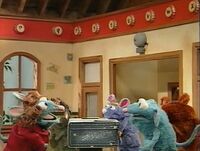 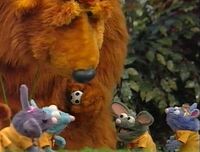 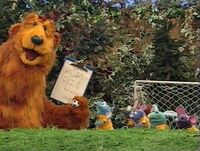 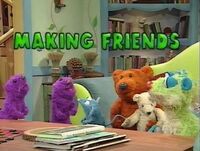 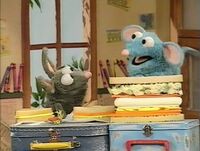 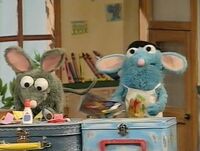 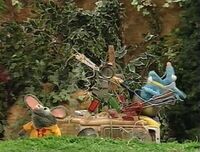 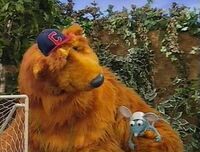 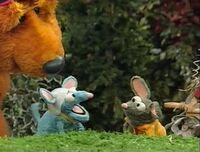 Add a photo to this gallery
Retrieved from "https://muppet.fandom.com/wiki/Episode_408:_Tutter_Gathers_Some_Moss?oldid=1240059"
Community content is available under CC-BY-SA unless otherwise noted.