The Babies have to babysit Robin, Kermit's nephew.

The babies pretend to be a military service, headed by G.I. Piggy, when suddenly a swarm of ants invade their base. It turns out to be Scooter's ant farm which was knocked over by Animal, who everyone thinks is too little to play fort. Nanny enters the nursery with Robin, who'll be under their care again, but instantly becomes Animal's playmate. Fearing for Robin's safety, the others chase them on horseback, until the two jump off the cliff (the couch). Kermit snatches Robin's fishbowl in time, while Animal lands on the pillows. Everyone decides that both Robin and Animal should be monitored.

Skeeter shows them an airplane simulation program on Scooter's computer. Incorporating themselves into the program, Skeeter and Scooter fly a red biplane, but discover Animal and Robin flying their own plane, and also are outmatched by Gonzo as "The Blue Baron." The ride ends however when his plane plummets into a tree. The babies then decide to make shadow puppets for the two, but they join in their activity and make a winged elephant, which suddenly springs to life and takes them far away. Gonzo creates a bridge with his nose so everyone can reach Animal and Robin, but sneezes, sending everyone back to the nursery.

Inspired by Animal and Robin's shadow puppets, Piggy decides to create an actual puppet show of Little Pink Riding Hood for the two, starring herself in the lead role. She is shocked to find her grandmother's house is missing when she gets there, but Gonzo reveals it to be out in the Dagobah System, and sends her there via an X-Wing Starfighter sold at "Fun Fozzie's Rockets R Us." Landing in the swamp, she is led by Yoda to her grandmother's house, expecting the Big Bad Wolf, but it turns out to be a dangerous hungry plant, which snatches her. The story ends abruptly, unveiling the plant as an ordinary one held by Gonzo chasing after the babies. Nanny returns and hears about the group's exciting adventures with Robin, while Gonzo panics about being eaten by a shadowy plant. 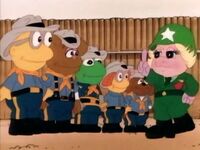 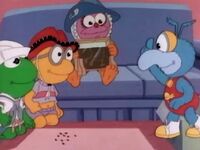 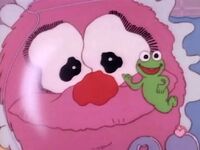 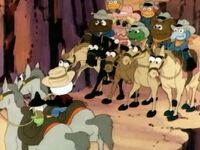 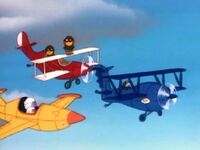 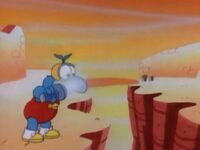 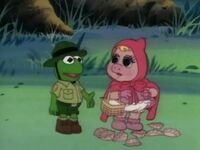 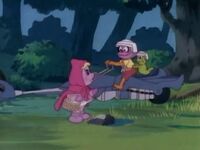 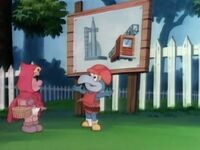 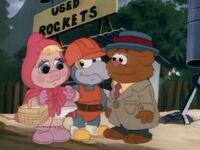 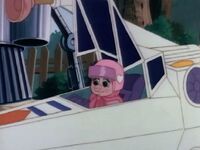 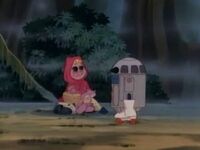 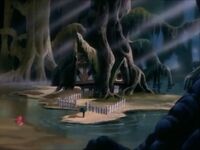 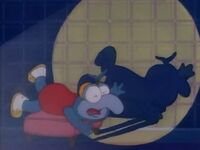