At Mouse School, Miss Maxwell shows the mice a fruit bowl and asks some of them to tell her what they see. She explains the idea of point of view and assigns everyone a project to demonstrate their point of view to the class. Tutter struggles with the assignment --- as far as he's concerned, he sees things from a "boring old Tutter point of view," and not any differently than anyone else. After hearing about the assignment, Treelo paints some paintings to show his point of view. Meanwhile, Tutter finds a camera his Grandma Flutter gave him and decides to make a film called Mouse on Mars --- but not only does he not know much about Mars, it doesn't really represent his point of view. He joins Bear in listening to a Shadow story about the point of view of a duck and a ladybug. Afterwards, Treelo's paintings provide inspiration. 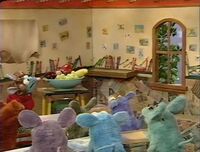 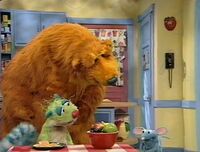 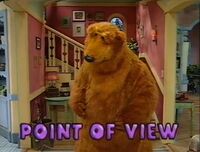 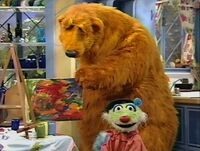 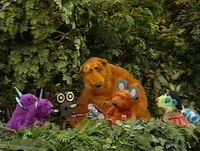 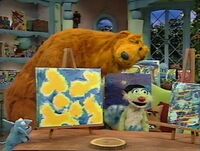 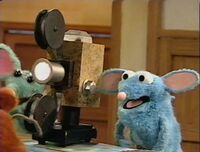 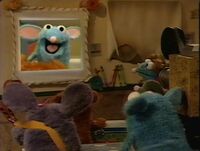 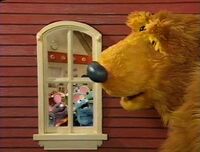 Retrieved from "https://muppet.fandom.com/wiki/Episode_417:_The_View_from_You?oldid=1229699"
Community content is available under CC-BY-SA unless otherwise noted.