Glenda reveals herself to be Black Jackson the pirate captain, and she takes over The Muppet Theatre with the help of Short John Silver (Sweetums) and Eric, a heartless pirate parrot (in disguise as a penguin). They tie Kermit up, turn the theater into a ship, and cast off to look for buried treasure. The show ends with a musical battle at sea, with Gonzo and a crew of chickens fighting to save Kermit and the theater. 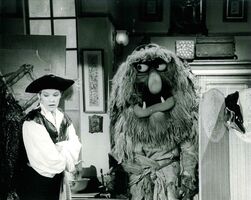 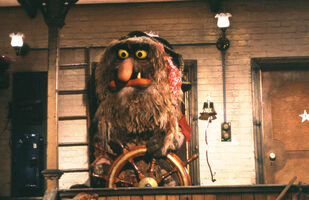 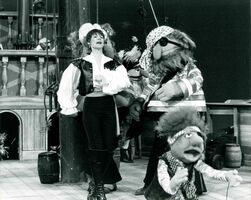 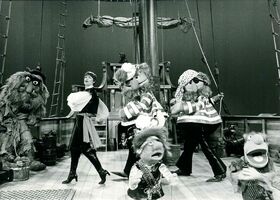 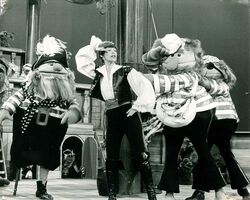 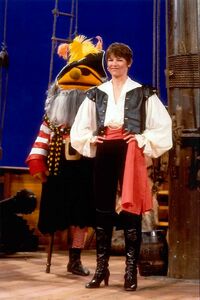 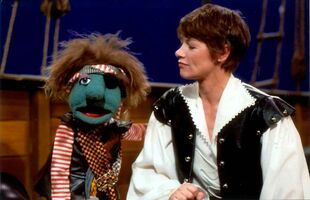 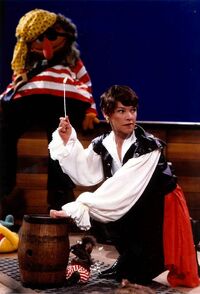 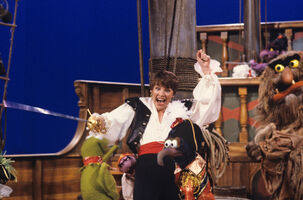 Filming the pirate ship with blue screen to be filled in with stock footage later. 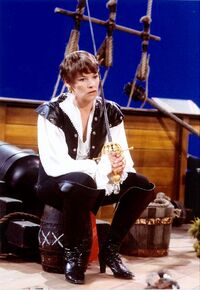 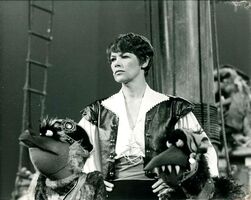 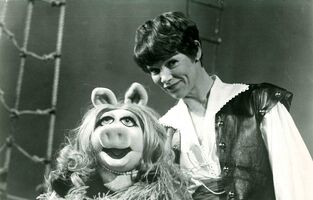 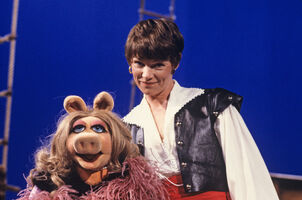 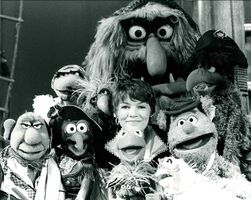 Add a photo to this gallery
Retrieved from "https://muppet.fandom.com/wiki/Episode_507:_Glenda_Jackson?oldid=1183273"
Community content is available under CC-BY-SA unless otherwise noted.