Episode 511: The Gorg Who Would Be King

According to Gorgic tradition, when the last leaf falls off the Nirvana Tree, the old King must step down and let a new King take over. Junior isn't ready to be King, so when the tree is down to one leaf, he eats it to keep it from "falling". This shrinks him down to Fraggle-size, which gives him a whole new perspective on the Universe that he's going to rule.

Meanwhile, Doc and Sprocket go camping in the woods. 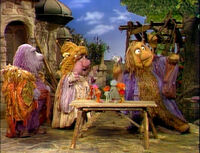 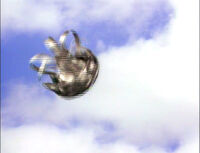 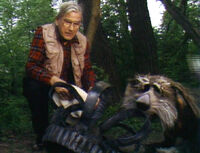