The theater's roof has rotted through, and the workmen have to take it to the shop to fix it. Performing without a roof, the Muppets have to go on despite snow, fog, hail and high winds.

At the end of the show, Statler and Waldorf are shown wearing snow hats and scarves while shivering their bones off from the snow. Waldorf complains that they would get pneumonia, but Statler says that this show always makes them sick. 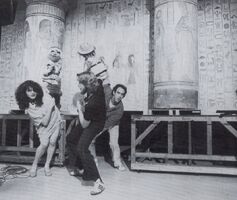 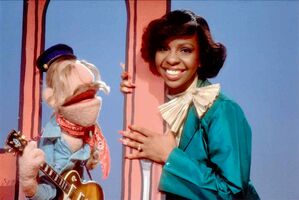 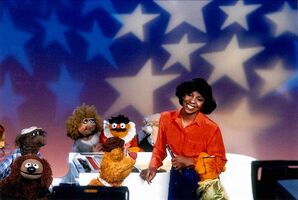 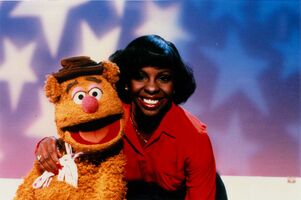 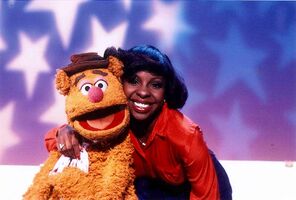 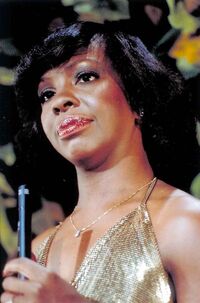 Retrieved from "https://muppet.fandom.com/wiki/Episode_516:_Gladys_Knight?oldid=1152135"
Community content is available under CC-BY-SA unless otherwise noted.