The babies amuse themselves by wandering the comic section of the Sunday paper.

The Sunday newspaper arrives, and Baby Gonzo makes a mess of the paper in the hallway, looking for the funnies. He finds them, but the other Babies make him clean up the hall before Nanny finds out.

The Babies can't read, but they ask Baby Kermit to try to make up a story to go with the pictures. He has a hard time deciphering Charlie Brown's dialogue in Peanuts, and the other Babies pester him so much that he screams "AAUGH!" The Babies laugh, and Kermit shrugs, "Good grief."

Baby Piggy takes a look at Apartment 3-B (a reference to two soap opera strips, Apartment 3-G and Mary Worth). She explains, "Apartment 3-B is all about nosy people sticking their nose into other people's business -- and the nosiest of all is Piggy Worthalot." Piggy eavesdrops on an argument between her next door neighbors, Scooter and Skeeter, and offers them some "words of wisdom". She's interrupted by Gonzo, who arrives quoting Shakespearean gibberish -- he thought this was Apartment 2-B. "2-B or not 2-B!" he declaims. Gonzo's skipped out on cleaning the hallway, and the other Babies send him back to work. Gonzo imagines himself as Space Cadet Gonzo, trapped on an alien planet.

Next, Baby Rowlf looks at Spider-Man, imagining himself as "Spider-Dog". He's Peter Barker, "ace news picture taker", reporting for work at the Daily Flugelhorn. The Incredible Hulk gets into the elevator with Rowlf, who realizes that he's in the wrong strip. Rowlf hears that there's a warehouse robbery in progress, and hurries to the scene dressed as Spider-Dog. He swings on his web to the edge of the newspaper, but the real Spider-Man appears to guide him down to the next row. Reaching the warehouse, he finds Skeeter dressed as Spider-Girl, and they argue over which of them is the real spider-hero. They bicker while the crooks carry boxes out of the warehouse, unimpeded. The real Spider-Man decides to take over the adventure as Rowlf and Skeeter shoot webs at each other. The web sprays out of the comic -- and onto the hand of Stan Lee, the co-creator of Spider-Man, who yells at the Babies: "Hey, you kids! Don't you know there's only one Spider-Man?" Rowlf apologizes, but Skeeter accidentally sprays webbing into Stan's face. "Oh, boy," he groans.

The Babies are disappointed when they finish reading the comics, but Piggy says that they don't have to wait until next week for more -- they can draw their own comics. She leads the Babies in a song, "The Sunday Funnies", as they gather their material and start to draw. They imagine lots of comic strips, including Scooter as Dick Tracy.

Scooter tries drawing Blondie on his computer, but can't get the mailman to look right. Baby Fozzie helps out, putting Scooter into the picture. But Fozzie doesn't know what he's doing, and turns Scooter into Charlie Brown, then Popeye, Little Orphan Annie, and finally Prince Valiant fighting a dragon.

Kermit is drawing his favorite comic, Peanuts. He imagines himself as Charlie Brown, with Rowlf playing piano as Schroeder. "Boy," Rowlf sighs, "somebody sure drew this piano out of tune." In the next panel, "Butterscotch Skeeter" (Skeeter dressed as Peppermint Patty) throws a fly ball at Charlie Brown, but he misses it. "You know what your problem is, Kermit?" asks Piggy, who's sitting at Lucy's psychiatrist booth. Kermit sits down: "I think I have a deep-seated need for approval, aggravated by the fact that I'm kind of short and green." Piggy/Lucy tells him that he just can't draw.

Then they notice what Baby Animal's been doing -- he's ripped panels out of the strips and pasted them together. The Babies imagine themselves walking through Animal's mixed-up comic, wandering through Blondie, Crock, Hägar the Horrible and Alley Oop, where they're menaced by a dinosaur. Space Cadet Gonzo arrives in a spaceship to rescue them, but brings along one of his scary aliens. Fleeing from the monster, the Babies fall through Spider-Man to Apartment 3-B, where the alien is wating for them.

Space Cadet Gonzo is about to save the day -- but then Nanny comes home. She wants to see the Babies' comic strip, but first, they have to clean up the mess in the hallway. The Babies are mad at Gonzo for not cleaning it up. Space Cadet Gonzo hides in the closet, "not sure if he'll ever see the nursery again..."

In the closing tag, Rowlf and Skeeter see Spider-Man swinging by -- but it's actually Spider-Animal, dressed in the top half of Spider-Man's costume, with Gonzo filling the lower half. 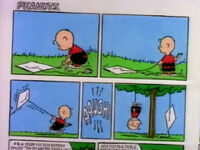 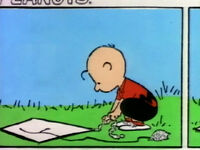 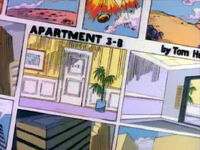 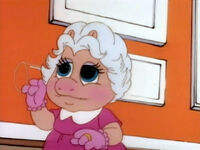 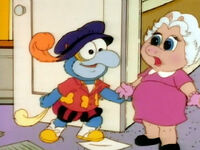 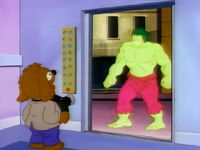 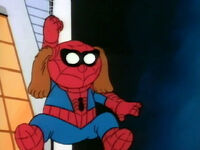 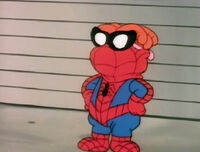 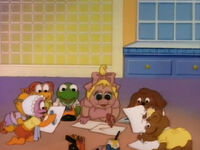 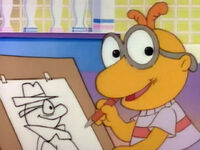 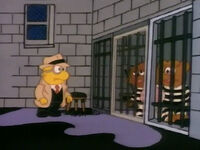 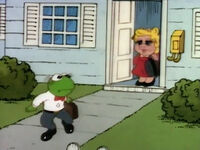 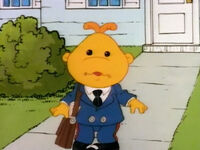 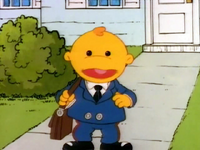 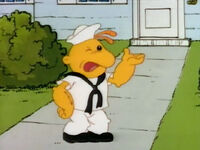 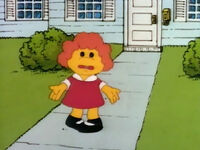 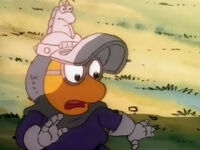 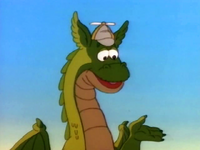 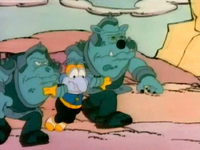 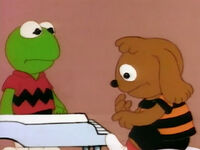 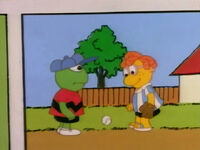 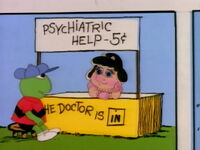 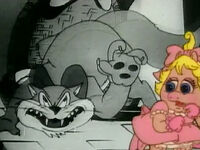 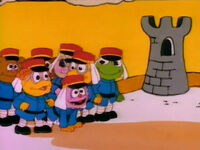 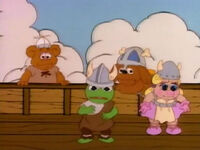 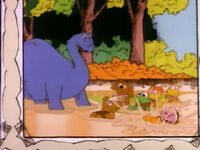 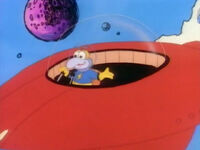 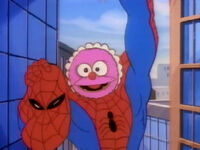