Episode 708: Muppet Babies: The Next Generation

The babies try to imagine what the future will be like, and end up performing parodies of multiple space programs.

The babies imagine themselves in a science-fiction extravaganza. Kermit, Piggy, Scooter and Skeeter are "the Spacetons" (a parody of The Jetsons), with Rowlf as their dog, "Rowlfo." The Spacetons want to give Rowlfo a bath, which upsets him, but nobody can understand what he's saying.

Gonzo and Fozzie (portraying Han Solo and Chewbacca the Wookiee) crash their spaceship into the living room, and Rowlfo stows away on board. Rowlfo gets transported to the future, where he meets his grandson Woof, who takes off Rowlfo's flea collar -- which was why nobody understood him.

In the final scene, the transporter of Woof's ship (The Boobyprize) malfunctions, spewing out various incarnations of the Muppet Babies, including Kermit and Piggy Spaceton. 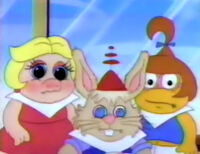 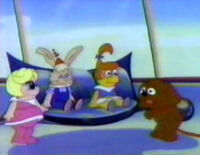 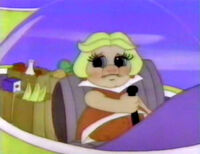 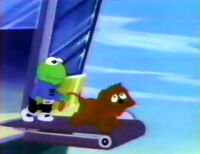 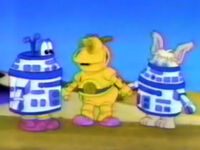 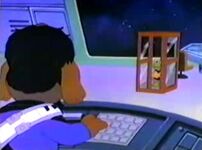