Ernie's Rubber Duckie is a Sesame Street toy made in 1977 by Knickerbocker. The toy is a replica of Ernie's pal Rubber Duckie, celebrated in his famous song "Rubber Duckie".

Hasbro made a version of the toy in 1985, under the Playskool line. Playskool's Rubber Duckie was still being sold as of 1992. This version does not attempt to mimic the broadcast design. 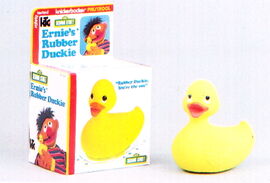 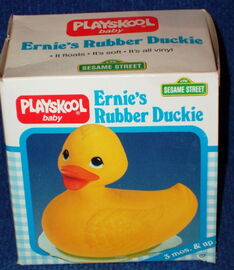 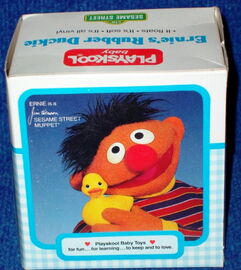 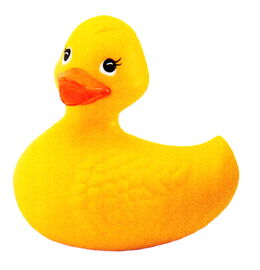 Retrieved from "https://muppet.fandom.com/wiki/Ernie%27s_Rubber_Duckie?oldid=1235448"
Community content is available under CC-BY-SA unless otherwise noted.