Walk-around version of Ernie created for public appearances, including Sesame Street Live and Sesame Place. Ernie, along with Bert, made his debut in walk-around form in the Ice Follies in 1974, and was added to Sesame Place in 1983.

Ernie as he appeared in the Ice Follies. Fabricated by the Muppet Workshop. 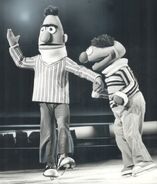 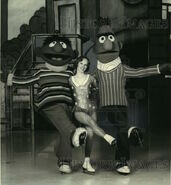 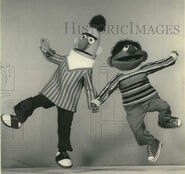 Ernie as he appeared in Sesame Street Live and Sesame Place during the 1980s. Fabricated by the Muppet Workshop. 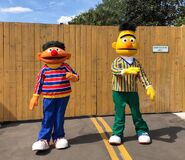 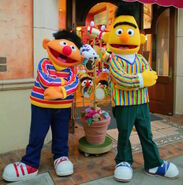 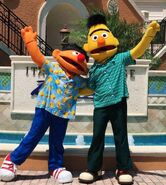 Ernie in his blue collar shirt with a rubber duckie pattern, as seen at Beaches Resorts. He also wears this shirt at SeaWorld San Diego. 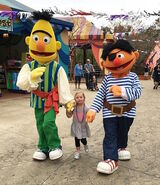 As a pirate, Busch Gardens Tampa

As a pirate on Halloween at SeaWorld Orlando

A version used for public appearances overseas. Does not have a moving mouth.