Esther, named during her later appearance on the Muppets Now episode "Socialized," first appeared as Betsy Ross in a 1993 Muppet Meeting Film, closely followed the next year, as a patron of The Muppet Theatre in the opening titles and framing sequences of Muppet Classic Theater.

She later appeared as a senior citizen Whatnot during The Muppet Telethon opening theme in 2011's The Muppets.

She appeared again, in her spot as one of the "girls" during the different countries' Muppet Show opening themes, in Muppets Most Wanted in 2014. 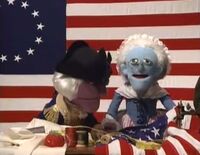 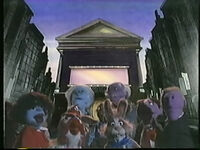 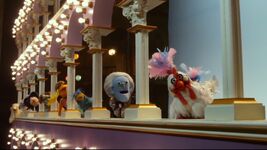 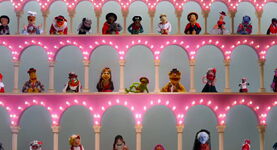 And in Spain, in Muppets Most Wanted (2014)
Add a photo to this gallery

Retrieved from "https://muppet.fandom.com/wiki/Esther?oldid=1334336"
Community content is available under CC-BY-SA unless otherwise noted.