Evangeline Lilly (b. 1979) is an actor from Canada best known for playing Kate Austen in ABC's Lost.

Lilly visited the set of Sesame Street in December of 2013. While on set, she posed for a picture with Oscar the Grouch in his trash can, and with Grover, both of which were posted to her Instagram account.

Her other credits include playing Tauriel in The Hobbit movies, The Hurt Locker, and Ant-Man. Early in her career, she was an extra during the first few seasons of Smallville. 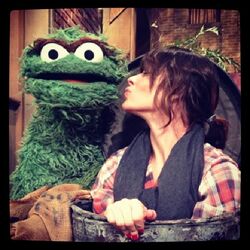 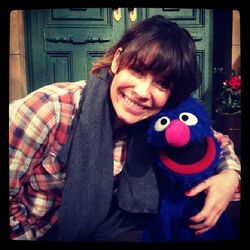 Retrieved from "https://muppet.fandom.com/wiki/Evangeline_Lilly?oldid=1160608"
Community content is available under CC-BY-SA unless otherwise noted.