On March 6, 2005, the Muppets helped the team rebuild the home of the Harris family, who have the first ever set of surviving African-American sextuplets. The Harris' home was damaged by Hurricane Ivan, and Kermit the Frog, Miss Piggy, Fozzie Bear and Animal appeared on the show to pitch in. The Muppets also appeared the next night on Extreme Makeover: Home Edition - How'd They Do That? with more clips of their time at the work site.

For the April 9, 2006 episode, Kermit appeared as guest host in Pennington's absence. As a special two-hour episode, the team built a home for the Craft family, and presented them with a new Hybrid SUV. For this appearance, Steve Whitmire was assisted by Carmen Osbahr, and puppet wranglers Andrea Detwiler, Michelle Hickey and Debbie McClellan were credited as "The Green Team."

Elmo made a brief appearance on the 100th episode on November 25, 2007, to help design the kids' bedroom.

The Muppets, along with Sam Champion of Good Morning America, were celebrity guests in the January 3, 2010 episode, titled Extreme Makeover: The Muppet Edition.[1][2] They helped rebuild the home of the Morris Family, who's house was starting to fall apart. Kermit, Fozzie, Animal, and Piggy all returned, this time joined by Gonzo, Dr. Bunsen Honeydew, Beaker, Statler and Waldorf, Pepe, the Swedish Chef, Floyd Pepper, Sweetums, Crazy Harry and Camilla.

Big Bird, Elmo, and Leela appeared on the December 2, 2011 episode to help build the house for the Walker family who lost their 11-year-old son to suicide due to bullying. The trio also took the Stand Together pledge to end bullying as member numbers 5,000, 5,001, and 5,002. 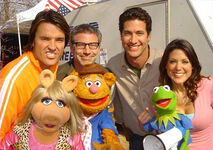 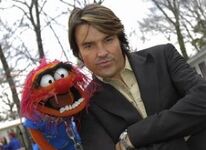 Michael Moloney and Animal in the March 6, 2005 appearance 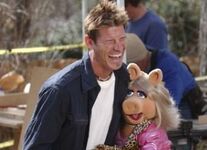 Ty Pennington and Miss Piggy in the March 6, 2005 appearance 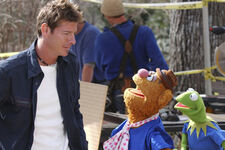 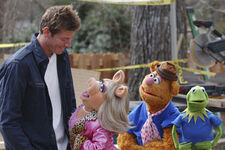 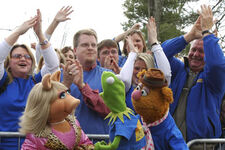 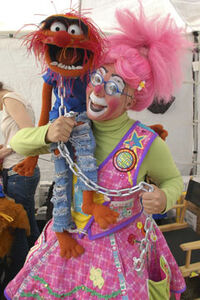 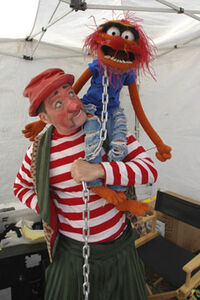 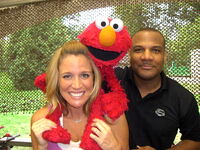 Paige Hemmis, Elmo, and Kevin Clash during the filming of the November 25, 2007 appearance. 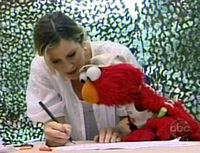 Tracy Hutson and Elmo in the November 25, 2007 appearance. 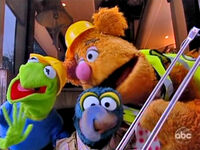 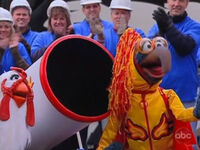 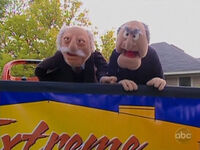 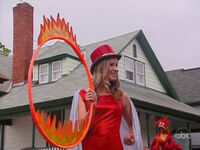 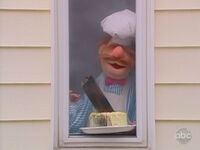 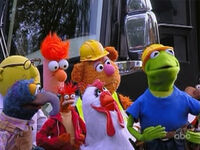 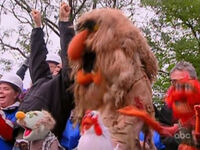 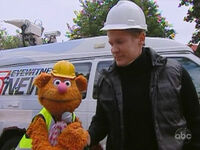 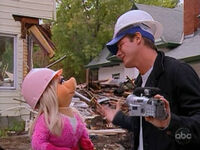 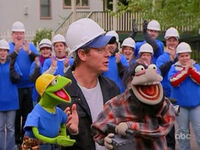 Kermit and Crazy Harry on the 2010 edition 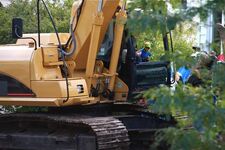 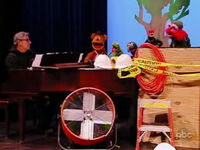 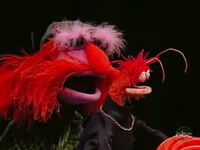 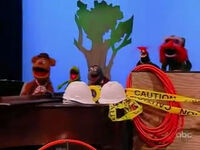 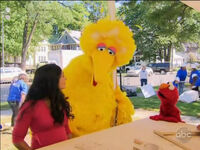 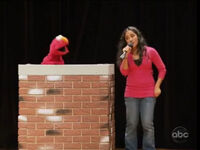 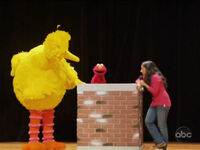 Wikipedia has an article related to:
Extreme Makeover: Home Edition
Community content is available under CC-BY-SA unless otherwise noted.
Advertisement