Facebook is a social networking service used by over a billion people worldwide. Companies associated with Muppet characters maintain several accounts for their franchises, often using them to distribute original content.

Official character accounts are denoted either by Facebook's "Verified" status, or their inclusion on Sesame Street's list of "Liked" pages. 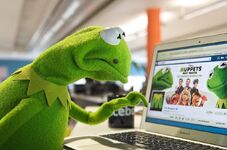 "Constantine here, World’s Number One criminal. I am letting you in on evil secret: I have now taken over this Facebook page! I love this job! #BadFrog" 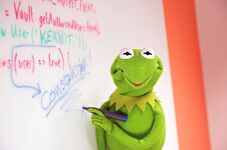 "Ha! I have infiltrated the Facebooks office. Just making a few improvements to the codings #BadFrog" 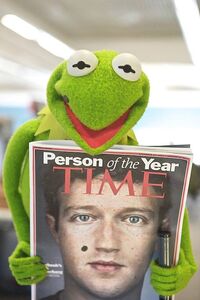 "With mole on his face, don’t I look exactly like Mark Zuckerberg? Maybe next time I take his place! #BadFrog" 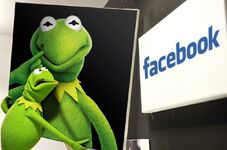 "It’s not easy being mean #BadFrog" 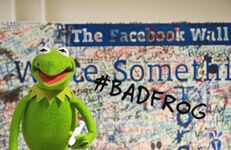 "I, Constantine, the world’s number one criminal, will be part of the Facebook Live event with the Muppets…& I wasn’t even invited! #BadFrog"
Add a photo to this gallery

In March 2014, Walt Disney Studios released Muppets Most Wanted stickers (by Amy Mebberson) for use in Facebook chat. 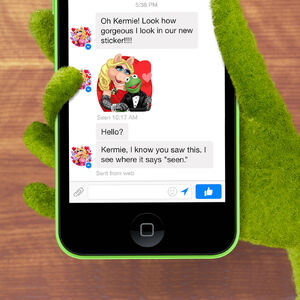 Kermit and Piggy chat posted by Facebook's Facebook page on March 28, 2014
Add a photo to this gallery

Retrieved from "https://muppet.fandom.com/wiki/Facebook?oldid=1332805"
Community content is available under CC-BY-SA unless otherwise noted.