Finders Keepers is a second-hand store located Around the Corner on Sesame Street, owned and operated by Ruthie.

Many of the items in Finders Keepers' inventory are objects previously owned by fairy tale characters. Finders Keepers was first seen in Season 25 (Episode 3136) where Ruthie introduces Big Bird to Little Green Riding Hood, who is angry about her her sister's fame.

Included in her stock are ten pieces she bought at the 1994 Monster Art Show, but was unable to sell as of nearly a year later. 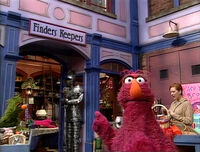 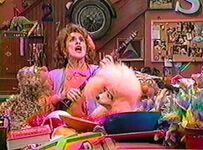 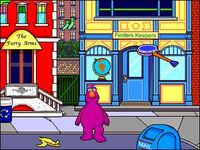 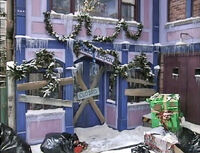 closed in the alternate reality from Elmo Saves Christmas
Add a photo to this gallery
Retrieved from "https://muppet.fandom.com/wiki/Finders_Keepers?oldid=1163785"
Community content is available under CC-BY-SA unless otherwise noted.