Floyd Norman (b. 1935) is an animator, perhaps best known for his work at Walt Disney Animation Studios. Initially hired as an uncredited inbetweener on Sleeping Beauty (1959), he was the first African-American artist to be hired at the studio and remain there on a long-term basis. Norman continued to work on Disney's animated features through 1967's The Jungle Book, on which he was promoted to story artist.

After Norman's first Disney stint, he teamed with fellow animator Leo Sullivan to co-found Vignette Films, Inc., where they produced educational films on black history and did contract work on projects such as the 1969 primetime special Hey, Hey, Hey, It's Fat Albert (which led to the eventual Saturday morning cartoon). That year, as production was ramping up for Sesame Street, Norman contributed several animated segments to the show, namely the Countdown series.[1] Five decades later, Norman wrote, designed, and served as creative director for another animated counting segment "Sports 10," which aired on the show in Episode 5022.[2]

Norman's prolific credits include animation or story work for Hanna-Barbera (including Scooby-Doo specials and The Smurfs among others), the 1980s Alvin and the Chipmunks series, Garfield and Friends, and Robot Chicken. Norman eventually rejoined Disney in the 1990s, contributing to story on The Hunchback of Notre Dame, The Tigger Movie, and Pixar's Toy Story 2 and Monsters, Inc. Norman also contributed to Disney comics, including a stint on the Mickey Mouse newspaper strip, stories featuring 101 Dalmatians, and for Disney Adventures, while other comic work included inking the Archie Comics character Katy Keene. He was inducted as a Disney Legend in 2007, and his long animation career is the subject of the 2016 film Floyd Norman: An Animated Life. Norman still works for Disney as a freelance consultant. 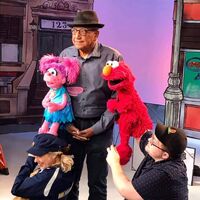 Norman with Elmo and Abby Cadabby. 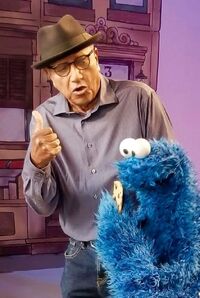 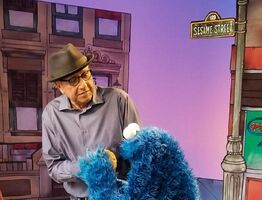 Wikipedia has an article related to:
Floyd Norman
Retrieved from "https://muppet.fandom.com/wiki/Floyd_Norman?oldid=1265928"
Community content is available under CC-BY-SA unless otherwise noted.