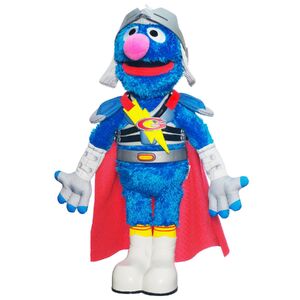 Although the main toy is plush, Super Grover 2.0 has hard plastic boots (so he can stand), chest pieces, visor, and belt (which is used to operate the dialogue). He moves his hands and head as kids lift and fly him around. He talks and expresses awareness of which direction he is going (up or down), sings, and says multiple phrases (including "Watch out!" when crashing). 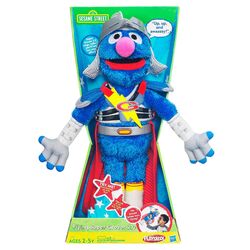 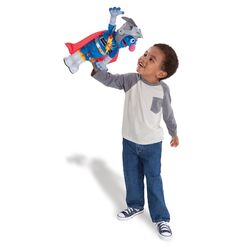 Add a photo to this gallery
Retrieved from "https://muppet.fandom.com/wiki/Flying_Super_Grover_2.0?oldid=1089919"
Community content is available under CC-BY-SA unless otherwise noted.