Edit
Forums: Index > Article Content > Snuffy Through the Years
Participation in the Muppet Wiki Forums requires a full understanding of the Rules and Etiquette.

Hey Scott, just wondering, but for Mr. Snuffleupagus Through the Years, the new image you posted 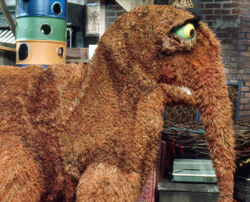 resembles the second version of the season 3 puppet, not the original from Episode 0276. The original Snuffy has tan eyelashes 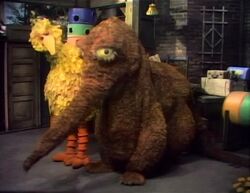 , and the new image is clearly from a later season 3 episode with the top thick black eyelashes. Just curious, but before I change anything, any reason for this change? -- Drillbit Taylor (talk) 23:58, 27 December 2020 (UTC)

I don't really see a difference. And that screenshot is from the DVD, so the picture quality is a little retouched/resaturated to look better, so it might not be exactly the same kind of colors. - Shane

What Shane said. Also, I don't really see a difference between the 0276 Snuffy and the one listed on the page as having appeared later in season 3. I think it's possible that photo 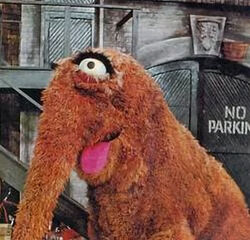 I see what Ian's talking about: the Snuffy pictured in Episode 0276 has tan upper eyelashes 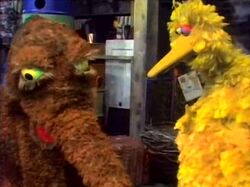 , whereas the Snuffy in Scott's picture has black fur eyelashes

, which reflects how he looks for the rest of the season. Scott's image is what HBO Max uses for Episode 0276, but is likely a promotional photo for a later episode. — Jon