Edit
Forums: Index > Article Content > The Saga of Sally
Participation in the Muppet Wiki Forums requires a full understanding of the Rules and Etiquette.

Regarding a discussion I brought up in February 2020, Troy Byer did not play Sally in Episode 0001. There aren't many close-up shots of Sally's face in that episode, but the following gallery should show that the girl identified as Sally in Episodes 0008 and 0017 are the same girl.

There's no way that this girl is four years old, the age that Troy Byer was when this episode was taped. The kids on the steps in Sally_0008b.jpg all appear to be about the same age, maybe about 7ish (give or take).

However, the final nail in the coffin is this video from Scene 4(d) in Episode 0043: 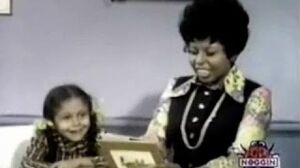 Gordon and Susan very clearly identify her as Troy, the age is a match, and the face is a dead ringer for the adult Byer 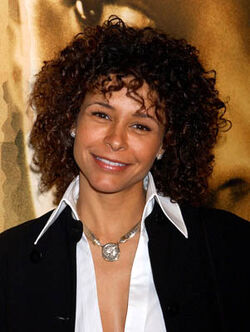 . In fact, a different Byer social media post [3] identifies her correctly. She's clearly a year or two older in this photo, which checks out as the set they're on is clearly not from season one.

So, I'm about to make the changes around the wiki, but I wanted to show my work in case this comes into question, especially considering the solid sources who have been mistaken.

As a sidebar, making matters more difficult, IMDb credits Holly Robinson Peete as Sally in episodes 0001 and 0008. I tried to change the info, but my submission was denied. —Scott

Great work! At this point, apart from things added by studio PR, IMDb is essentially a Wikipedia where errors, assumptions, and deliberate fakes are harder to correct (often until an actual living and web connected person whose credits were changed complains about them, as here), which is why we don't list them as a reliable source unless verified by credits or other sources. -- Andrew

Thanks! I also just found her in Episode 0040 and Episode 0207. There's a Troy referenced in the script for Episode 0661, but we don't have access to the episode to confirm.

I also tried to find where Mr. Hooper and Troy Byer.jpg came from before it wound up as a take-a-photo-of-a-book Instagram post. I thought maybe it was the 40 years book, but I just thumbed through it without any luck (it's entirely possible I missed it. —Scott