Fox News Channel is a cable news channel owned by 21st Century Fox (formerly News Corporation). Created by Rupert Murdoch in 1996, the channel is now available in 102 million households in the U.S., and has featured shows such as The Live Desk, Hannity & Colmes, Fox & Friends and The O'Reilly Factor. One of the network's sister-stations is the Fox Business Network. 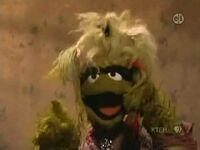 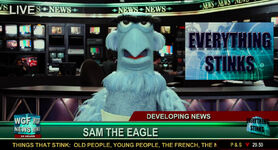 Wikipedia has an article related to:
Fox News
Retrieved from "https://muppet.fandom.com/wiki/Fox_News?oldid=1157166"
Community content is available under CC-BY-SA unless otherwise noted.