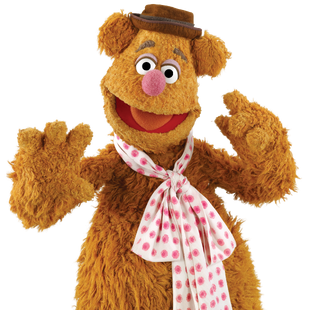 Fozzie Bear only appeared in a handful of episodes of The Jim Henson Hour. One of his most notable appearances was in the Monster Telethon episode, in which Fozzie decided to give up comedy and become a weather bear. He went to the set of The Today Show to get some tips from the show's weatherman, Willard Scott, only to inadvertently lock Scott in a closet. With Scott locked in the closet, Fozzie came on-stage to report the weather, but had trouble reporting, and went back to comedy.

Retrieved from "https://muppet.fandom.com/wiki/Fozzie_Bear?oldid=1231474"
Community content is available under CC-BY-SA unless otherwise noted.