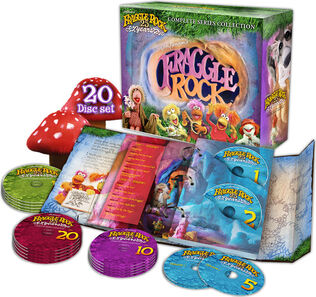 Fraggle Rock: Complete Series Collection is a 2008 DVD box set that contains all 96 episodes of Fraggle Rock, plus hours of behind-the-scenes bonus features distributed over 20 discs.

Discs 1-15 are re-releases of the content from the first, second and third season box sets released from 2005-2007. Discs 16-20, which include the fourth season episodes and all-new bonus features, were only available on this set at first, but were re-released a year later as a stand-alone set.

According to Lionsgate marketing VP Kristin Moss, the packaging is meant to be displayed: "On the front we have special printing and techniques that were created to match this really vibrant color of the inside of the Fraggle Rock world. And then inside the box has 20 discs, and the overall piece takes over two hours to assemble, each individual box, and it's all done by hand. So again, it's something that's taken very carefully and very special consideration to create a piece that's both collectible and really cool for, you know, all the fans out there.[1]" 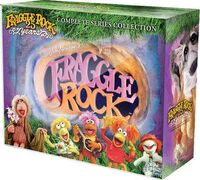 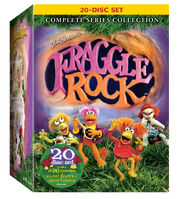 2013 DVD
Gaiam Vivendi Entertainment
Add a photo to this gallery

Retrieved from "https://muppet.fandom.com/wiki/Fraggle_Rock:_Complete_Series_Collection?oldid=1247724"
Community content is available under CC-BY-SA unless otherwise noted.