Sponsored by The Jim Henson Company and Volkswagen, the toy drive was to benefit the LA Mission, as well as promote the "Fraggle Rock Forever" line of clothing and merchandise.

Once inside the store, celebrities were treated to a selection of Fraggle Rock Plush and T-shirts from the new line.

Red Fraggle was at the center of the event, with her wearing a Wembley necklace from the Anita Ko Fraggle Rock Costume Jewelry Collection.

Paparazzi lined the street and sidewalk to the store to photograph attendees as they made their way inside. Red was at the front of the walk to greet each celebrity, pose for photographs, and interact for a few moments while the cameras flashed. Many of the guests took time to play with the Fraggle -- Kevin Sorbo gave her rabbit ears for the photographers, Giles Marini played with her pigtails, and Carmen Electra gave her a kiss. Stephanie Pratt was unaware of Red, and when spotting her became quite startled. 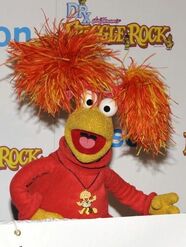 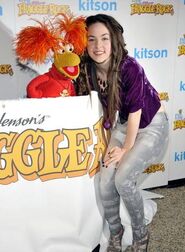 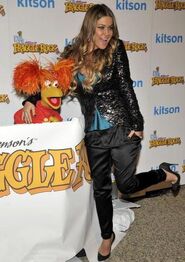 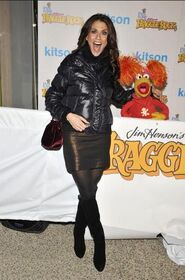 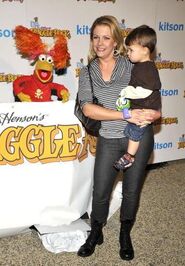 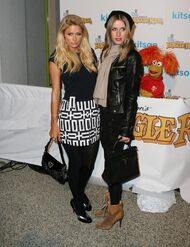 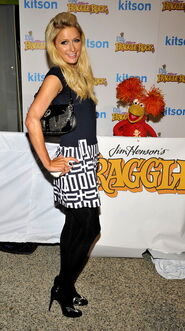 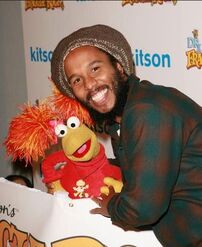 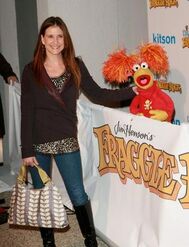 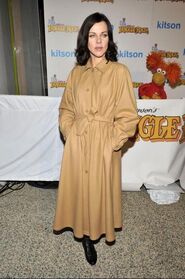 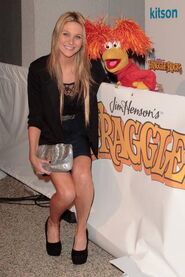 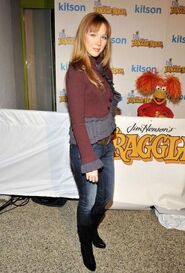 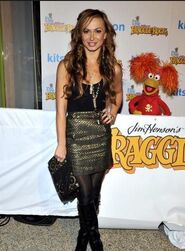 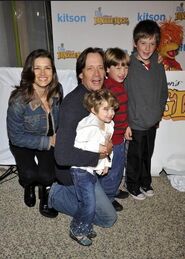 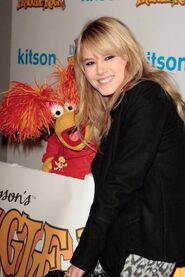 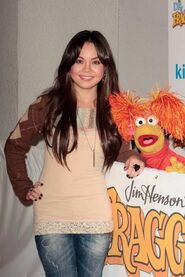 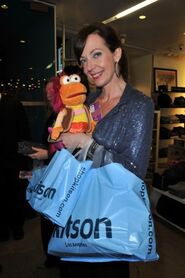 Allison Janney with a Gobo doll 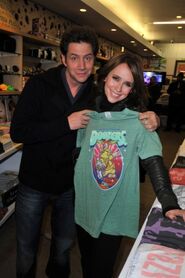 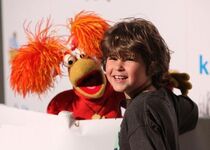 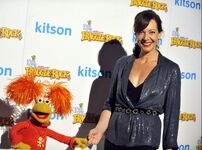 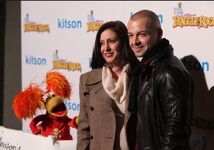 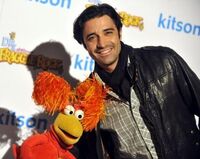 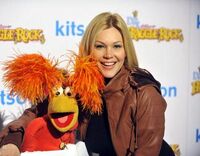 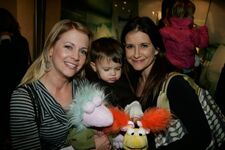 Melissa Joan Hart and Kellie Martin
Add a photo to this gallery
Retrieved from "https://muppet.fandom.com/wiki/Fraggle_Rock_Holiday_Toy_Drive_Benefit?oldid=1090740"
Community content is available under CC-BY-SA unless otherwise noted.