View-Master produced two sets of Fraggle Rock reels. One was based on the animated version of the show. There was also a Talking View-Master set, produced in 1984.

Synopsis from the package:

The Fraggles were astonished to see this new object. What could it be? Mokey was sure it was art. Boober worried it might be a Fraggle trap. Wembley, of course, couldn't make up his mind about what it was. Red used it as a rolling hoop. But she tripped and the collar rolled to the Doozers, who used it on top of one of their marvelous creations.

The Doozer skyscraper was sho high that it pushed right up into the Gorgs' garden. There, Junior Gorg found the wonderful sparkly collar -- but being clumsy, he tripped as he was taking his find to Ma Gorg. This time the treasure landed on the Trash Heap Marjory's head.

Gobo discovered the collar's landing place, and Marjory said, "Everything comes full circle." The Fraggle friends talked about Marjory's advice. "Maybe she means we should send the collar back where it came from," said Mokey. "Yes, it has caused us a lot of trouble," agreed Wembley. And so they rolled the collar back to Doc's workshop. Now Sprocket has his collar and it doesn't cause him any problems at all.” 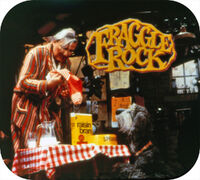 A1
"I dreamed about striped socks and furry creatures." 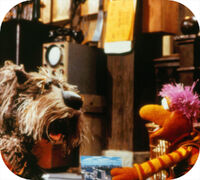 A2
Sprocket barks at Gobo's arrival in the workshop. 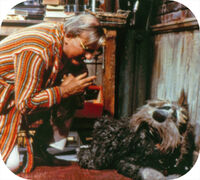 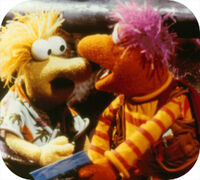 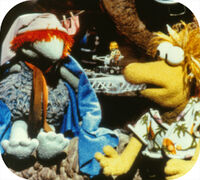 A5
"I have bad dreams about funny Sidebottom." 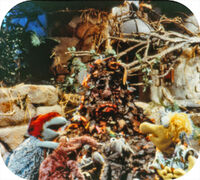 A6
Trash Heap tells Wembley to dream with Boober. 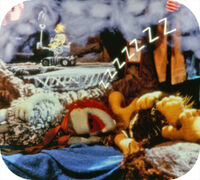 A7
The two Fraggles begin to dream together. 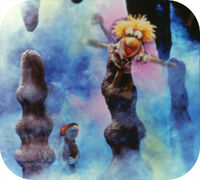 B1
Wembley floats into the dream. 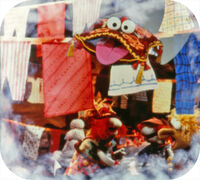 B2
Wembley meets Sidebottom and a whoopee cushion. 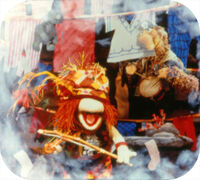 B3
Sidebottom fiddles a hoedown while Junior Gorg plays drums. 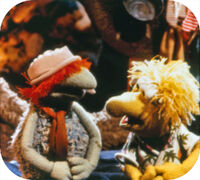 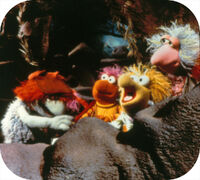 B5
"Can we join Boober's dream next time?" 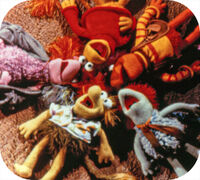 B6
Boober and his friends lie down to dream. 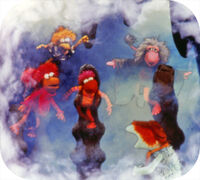 B7
They're off to the land behind the eyes. 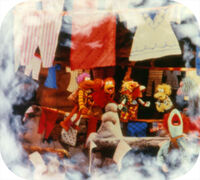 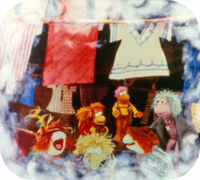 C2
Sidebottom has frozen the Fraggles. 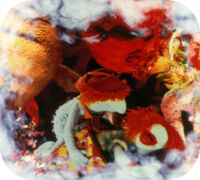 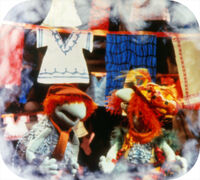 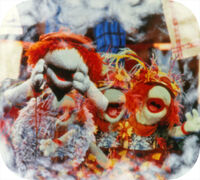 C6
"That sure was an interesting dream, Boober." 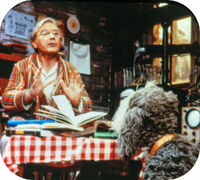