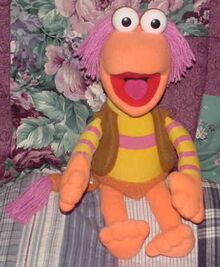 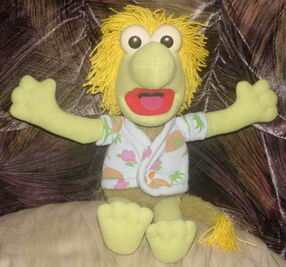 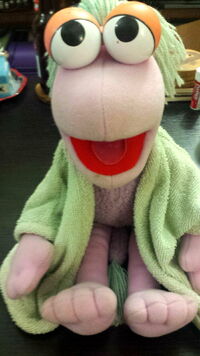 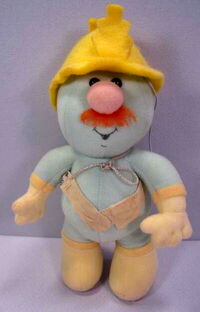 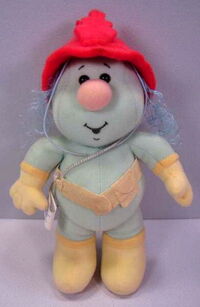 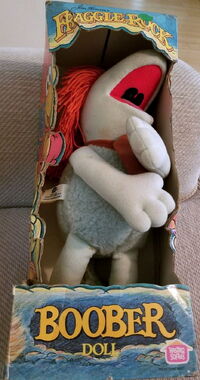 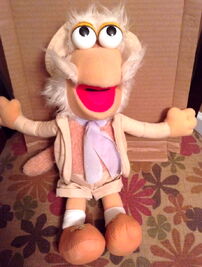 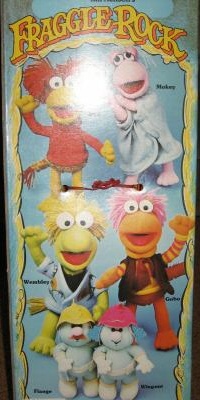 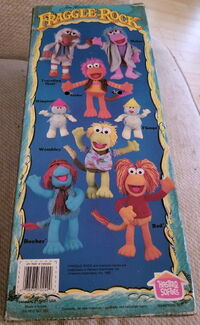 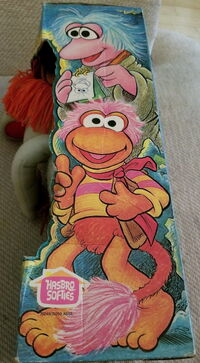 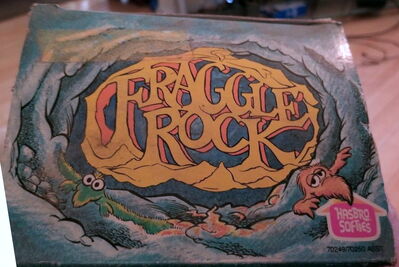 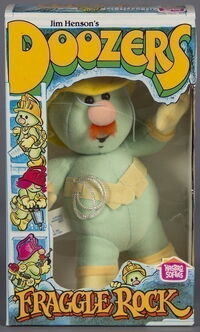 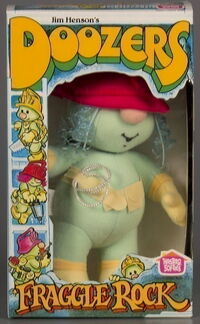 The dolls were sold in open windowed boxes. The original series consisted of Gobo, Red, Wembley, Mokey and the Doozers. They were depicted on the original boxes; when Boober and Matt were produced, they were added to the box as well. Boober is the rarest and most sought-after of the series, possibly because he was the last one produced. Unlike most other Fraggle Rock dolls, these have string-like hair.

All of the clothes are attached to the dolls, except for Gobo's scarf and Mokey's robe. Cotterpin Doozer was not produced, although her parents Wingnut and Flange were.

Retrieved from "https://muppet.fandom.com/wiki/Fraggle_Rock_dolls_(Hasbro)?oldid=1182297"
Community content is available under CC-BY-SA unless otherwise noted.