Fraggle Songs: Volume One, also known as Fraggle Songs: A Musical History of Fraggle Rock, is a 1983 Fraggle Rock home video compilation released on VHS, Beta, laserdisc, and RCA SelectaVision CED discs, as a bonus feature on the special edition of the HIT! DVD release of Where It All Began and as a digital download in 2013. The 51-minute video features songs from the first season of Fraggle Rock with new inserts of Traveling Matt introducing the clips. For the UK release, the album version of Fraggle Rock theme song plays at the beginning of the program, using clips from other episodes. This edit was used when the video was a bonus feature on the Where It All Began DVD.

While the video was labeled as "volume one" during its initial release, a second volume did not follow. However a similarly formatted 16-minute video, Doozer Music, was released in 1984. The "volume one" subtitle was removed from the title for the 2004 DVD release and 2013 digital releases and replaced with the subtitle "A Musical History of Fraggle Rock". 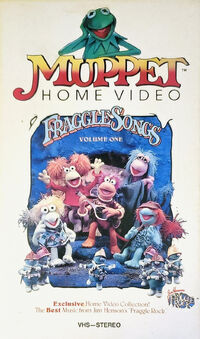 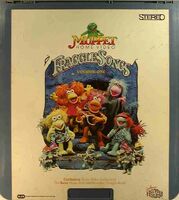 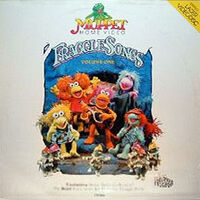 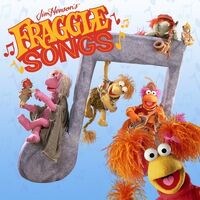 iTunes
2013
Add a photo to this gallery

Retrieved from "https://muppet.fandom.com/wiki/Fraggle_Songs:_Volume_One?oldid=1298726"
Community content is available under CC-BY-SA unless otherwise noted.