When the show wrapped production after its fifth season, this 15-minute video was made as a goodbye-gift for the cast and crew. The five main Fraggle characters try to find new jobs after the last episode has been taped.

Gobo has secured a singing job, billed as "Gobo the Frosty Fraggle." Wembley has no immediate plans, except to stop wearing banana tree shirts. Mokey is writing a screenplay called "Girls of the Sixties," and Red has signed a contract to play hockey for the Toronto Maple Leafs. Boober spends most of the video on the phone (with Bernie and others), hoping to find another acting job, preferably as a romantic lead. His off-screen personality and voice is very different from his behavior on the show; he acts like a smarmy Hollywood type, calling people "baby" and "pussycat."

The wrap tape is full of inside references to crew members and performers by name. For example, Mokey says that she can only type with one hand because Trish isn't around.

Karen Prell's arm can be seen throughout the scene that features Red and Mokey talking about Red's new job.

The wrap tape closes with a new song to the tune of "Children of Tomorrow." 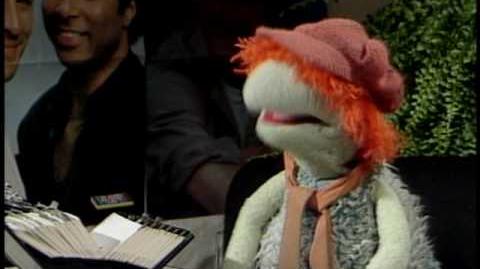 What Will the Fraggles Do? 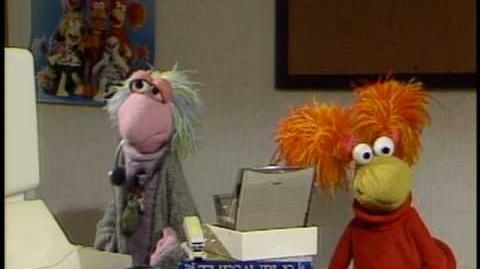 What Will the Fraggles Do Now?
Add a photo to this gallery
Retrieved from "https://muppet.fandom.com/wiki/Fraggles_Look_for_Jobs?oldid=1180213"
Community content is available under CC-BY-SA unless otherwise noted.