Kermit joins the Frog Scouts. Fozzie, faced with the prospect of missing his best friend, tries to join. But Felix the Frog insists that the Frog Scouts is only open to frogs, not bears, and the clubhouse's signs echo the "Member Only. Everybody Else- Keep Out!" policy.

Fozzie tries to prove he can do whatever a frog can, but Felix says his efforts aren't good enough. However, Kermit decides not to join a club that wouldn't let his best friend in and starts The Frog, Bear, Pig and Whatever Scouts, which welcomes "Members and Everyone Else," including the Frog Scouts. 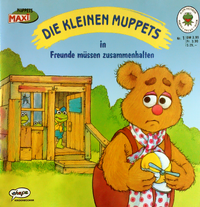 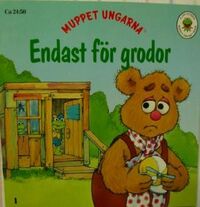 Endast för grodorSweden
Winther, 1991
91-35-04127-7
Add a photo to this gallery
Retrieved from "https://muppet.fandom.com/wiki/Frogs_Only!?oldid=1277527"
Community content is available under CC-BY-SA unless otherwise noted.