The First International Very Special Arts Festival was held at the Kennedy Center in Washington, D.C. in June of 1989. A television special of the event, bearing the preface title "From the Heart... ", aired on NBC on September 10.[1]

Jim Henson appeared with Kermit the Frog to sing "Bein' Green" with "Kerm-2," a frog puppet built and performed by Terry Angus. Henson collaborators Larry Grossman and Buz Kohan won a Primetime Emmy Award for music and lyrics on the special. 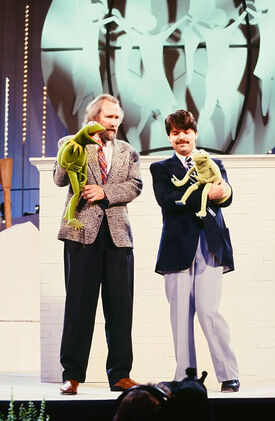 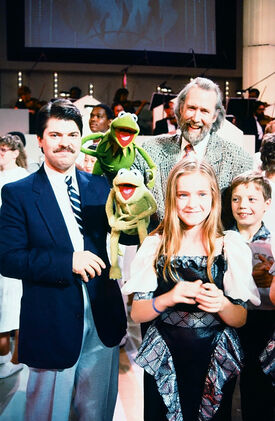 Retrieved from "https://muppet.fandom.com/wiki/From_the_Heart..._The_First_International_Very_Special_Arts_Festival?oldid=1090926"
Community content is available under CC-BY-SA unless otherwise noted.