Garibaldo was the resident Big Bird counterpart on Vila Sésamo, the Brazilian co-production of Sesame Street. Garibaldo was blue, but this was made clear only in merchandise and promotional images as the show was originally broadcast in black and white (although the character did appear in Roberto Carlos Especial, which aired in color). The puppet, as with the show's other characters, was constructed by Brazilian puppet builder Naum Alves de Sousa, rather than the Muppet Workshop. A magazine based on the character, Garibaldo, was also published.

For the 2007 version of Vila Sésamo, producers were aware of the impact of the original Garibaldo. They brought the name and personality back, "as the link between the old and the new" according to Sesame Workshop producer Mary Tai. The team decided the original blue came across as drab on color sets and so revived Garibaldo as identical to Big Bird. [1] Garibaldo was performed on the new series by Fernando Gomes.

Prior to the debut of the 2007 revival, a refurbished version of the original Garibaldo (performed here by Hugo Picchi) made a guest appearance on the special 40 Years TV Cultura, introducing the "new" Garibaldo.

In 2021, Big Bird tweeted about Garibaldo in a Twitter thread about his international cousins. Big Bird captioned a photo of the original, blue Garibaldo puppet with, "He may look scary, but he's one of the nicest birds I know!"[2] 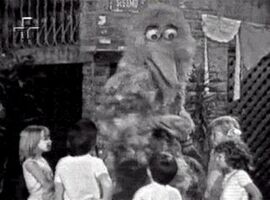 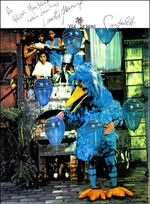 The original TV puppet, as pictured on a card signed by Laerte Morrone 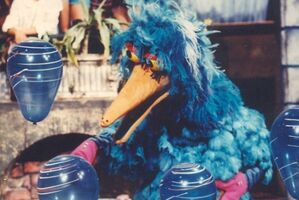 Close-Up of his face 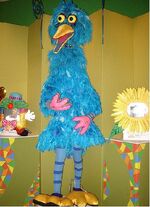 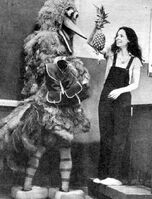 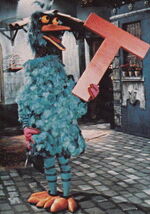 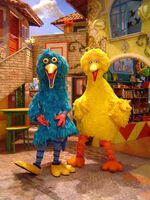 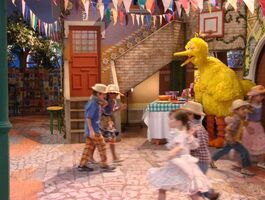 Garibaldo in the new series 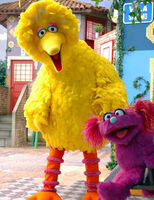 Garibaldo and Bel
Add a photo to this gallery

Retrieved from "https://muppet.fandom.com/wiki/Garibaldo?oldid=1363738"
Community content is available under CC-BY-SA unless otherwise noted.