Gernot Endemann (1942-2020) was a German actor who played bicycle shop owner Schorsch on Sesamstrasse from 1986 until 1998. Previously, around 1976 and predating the German street scenes, Endemann appeared in regular "Taxifamilie Sauer" film segments as Thomas Sauer, father of a family who runs a taxi service.

Endemann was active in German television from the 1960s onwards, including appearances on Percy Stuart (with Claus Wilcke), Tatort, Derrick, Hamburg Transit, and Unser Charly. Film credits include the international co-production Shout at the Devil (with Roger Moore and Ian Holm). For children's audio cassettes, he played Major Hoffman in the Commander Perkins series.

His son Jannik Endemann was heard in the German dub of Dog City. 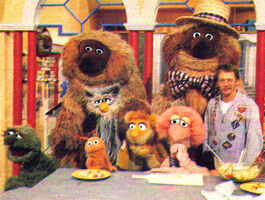 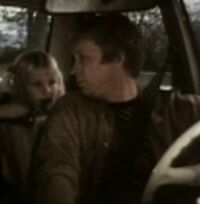 Retrieved from "https://muppet.fandom.com/wiki/Gernot_Endemann?oldid=1292981"
Community content is available under CC-BY-SA unless otherwise noted.