Global Thingy is a recurring animated sketch, initially alternating with "Global Grover", introduced on Sesame Street in Season 34. The series of comic shorts focuses on diversity and cultural differences, and "puts the emphasis on the importance of social reasoning, cooperation, sharing and empathy"[1]

The shorts center on a nameless planet occupied by a variety of creatures known collectively as "Thingies." The small childlike Thingies resemble either animals or inanimate objects, and communicate through a series of high-pitched sounds and minimal one-word conversations. Individual characters include "Dino Thingy," "Diva Thingy" (a small bird), and "Quack-Quack Thingy."

Global Thingy, the title character, is a large globe who acts as guardian and intermediary during the various disputes. He is also the only character to regularly communicate in relatively complete sentences, usually simple commands such as "Play nice." Individual segments occasionally involve movie parodies, from Braveheart to West Side Story.

The series is produced by Cartoon Pizza, a New York City animation studio headed by Jim Jinkins and David Campbell. Jinkins and Campbell have also collaborated with Sesame Workshop on the animated series Pinky Dinky Doo. 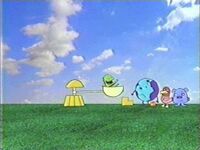 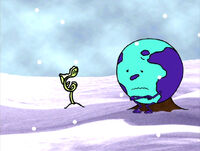 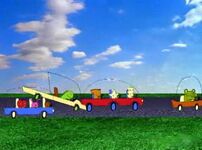 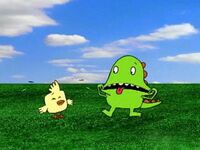 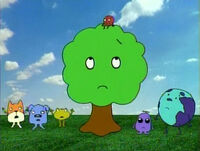 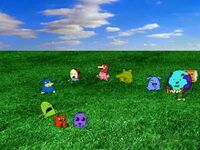 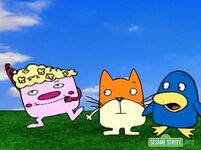 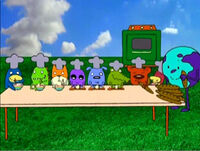 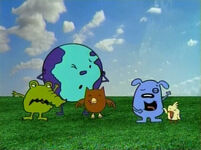 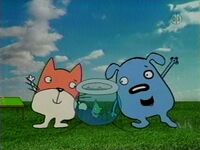 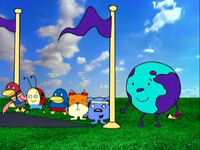 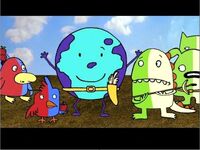 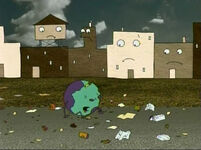 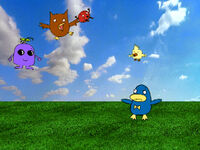 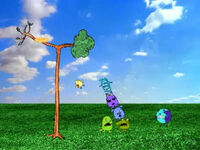 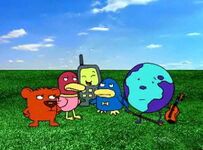 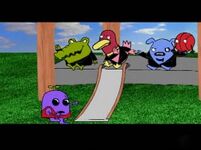 West Side Thingy
(First: Episode 4082)
Add a photo to this gallery

Retrieved from "https://muppet.fandom.com/wiki/Global_Thingy?oldid=1091223"
Community content is available under CC-BY-SA unless otherwise noted.