Go-Gurt is an American brand of sweetened yogurt marketed to children. It is squeezed out of a tube directly into the mouth, instead of being eaten with a spoon. It was introduced by General Mills' licensed Yoplait in 1999.

In 2014, the Muppets appeared on Go-Gurt tubes and in a television commercial for Go-Gurt as a tie-in to the theatrical release of Muppets Most Wanted. 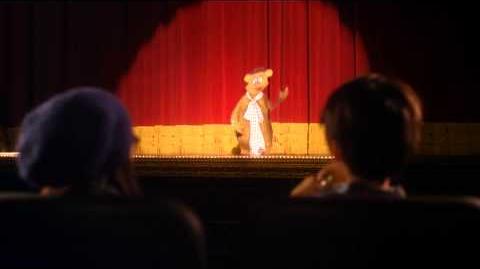 Wikipedia has an article related to:
Go-Gurt