Golden Jubilee for Queen Elizabeth II was a celebration of the Queen's 50th year of ruling the United Kingdom, held on June 3, 2002.

Kermit the Frog and Ruby Wax joke about how they can "borrow" the crown jewels. They decide that the queen might listen to their plan, so they try to create a diversion by introducing Tony Bennett. 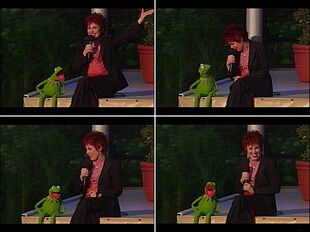 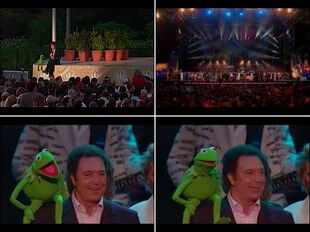 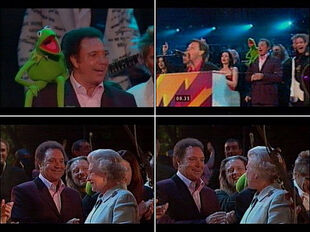 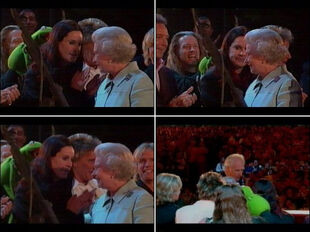 More royal handshakes
Add a photo to this gallery

On George Stroumboulopoulos Tonight, Kermit said that he was at a urinal next to Ozzy. Osbourne was apparently unaware that Kermit was using the unit next to him because he's "very small;" the frog wouldn't "say any more on that," leaving the comment quite suggestive.

Retrieved from "https://muppet.fandom.com/wiki/Golden_Jubilee_for_Queen_Elizabeth_II?oldid=1272923"
Community content is available under CC-BY-SA unless otherwise noted.