The stunts of The Great Gonzo frequently attempted to combine bizarre performance art with high culture on The Muppet Show. They are terrible acts, but Gonzo considers them artistic. Dave Goelz, performer of Gonzo, recalled that Jack Burns, the show's original head writer, who during an early meeting suggested Gonzo perform "these crazy acts like eating a tire to 'Flight of the Bumblebee!'[1]

Gonzo assures a nervous Osbert J. Smedley that his act is risk-free, and offers to let Smedley test out his act, which would involve Smedley getting inside a cannon. A frightened Smedley then claims that there was an error and that the insurance company owes the theater thirty-two cents, and rushes off just before the big finale, which ends up sending Gonzo to the hospital.

Skeeter agrees to help Gonzo with his cannon-shooting act, but when Gonzo trips over an anvil, Skeeter has to go on in his place. She flies form the cannon and lands safely into a vat of tapioca pudding.

Gonzo prepares to dive into a swimming pool full of custard. When a snowstorm cause the custard to become frozen and Gonzo smash his head on the icy dessert. 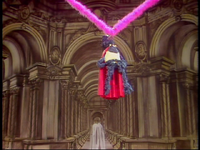 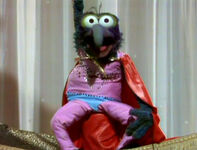 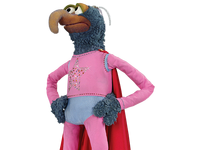 The Muppets (minor variation of previous) 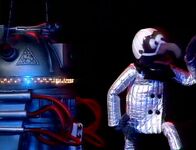 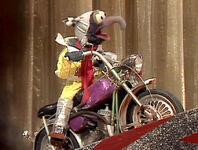 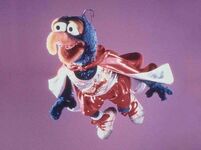 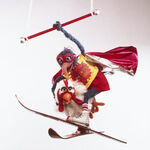 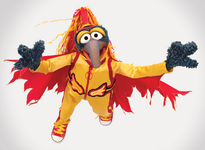 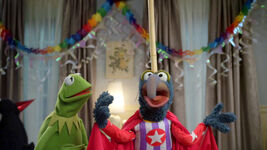 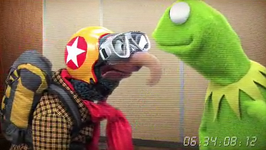 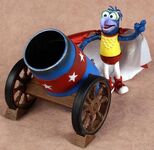 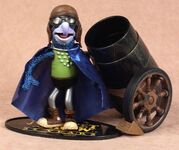 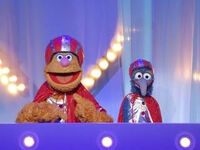 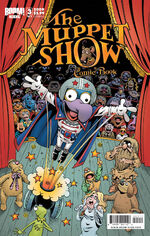 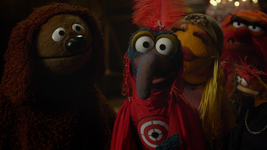 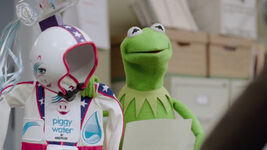 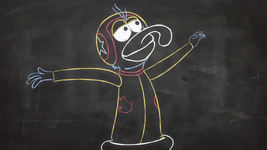 Retrieved from "https://muppet.fandom.com/wiki/Gonzo%27s_stunts?oldid=1306692"
Community content is available under CC-BY-SA unless otherwise noted.