In 2008, Master Replicas released a Gonzo Photo Puppet replica as their third official Muppet replica. The design used the patterns and similar materials that the Muppet Workshop uses to produce the official photo puppets.

The replica is fully posable.

Gonzo was planned to be the second release in Master Replica's Muppet Collection, however, complications with the shaping of the nose caused production to be delayed and thus the Animal photo puppet replica took its release slot.

An early prototype was first shown at the San Diego Comic-Con in 2006. Puppeteer Terry Angus worked on the prototype. 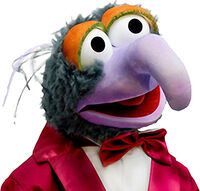 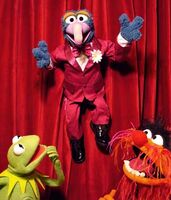 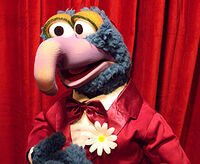 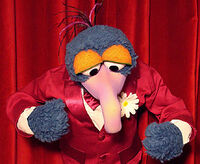 Retrieved from "https://muppet.fandom.com/wiki/Gonzo_photo_puppet_replica?oldid=1091304"
Community content is available under CC-BY-SA unless otherwise noted.