Good Morning America is a breakfast television news and talk show broadcast on the ABC television network; the show has been airing five days a week since November 3, 1975. Show hosts have included Diane Sawyer, Robin Roberts and Christopher Cuomo. Longtime anchor Charles Gibson left the program in 2006 to become the lead anchor of ABC World News until retiring in 2009, with Diane Sawyer taking over Gibson's spot. Weekend anchors include Kate Snow. Sam Champion is the show's longtime weather anchor. 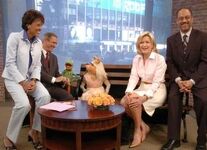 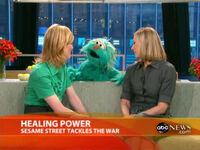 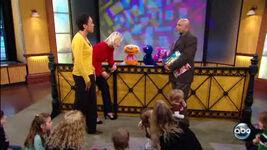 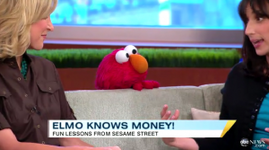 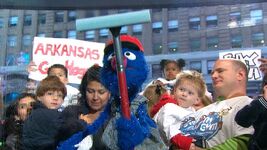 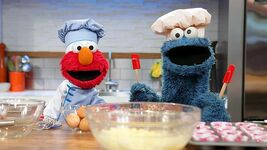 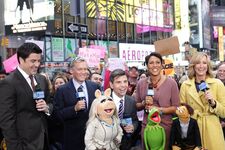 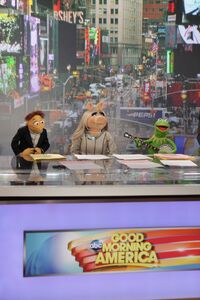 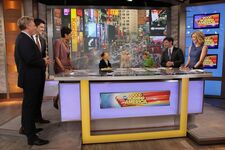 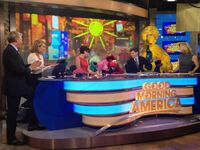 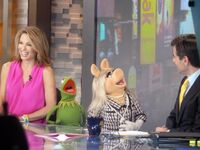 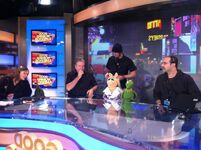 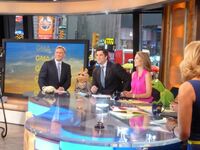 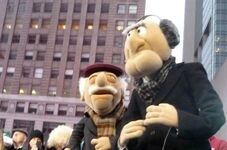 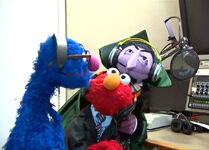 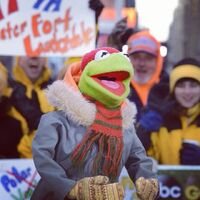 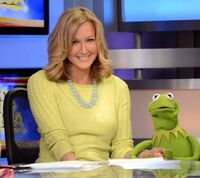 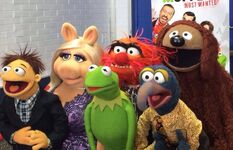 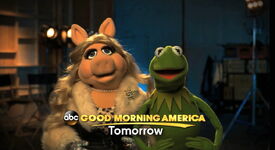 Wikipedia has an article related to:
Good Morning America
Retrieved from "https://muppet.fandom.com/wiki/Good_Morning_America?oldid=828141"
Community content is available under CC-BY-SA unless otherwise noted.