Gorilla Television is an underground TV station run by Ubu, Zondra, and Chip in the "MuppeTelevision" segments of The Jim Henson Hour. They broadcast their transmission from a top secret location, interrupting Muppet Central's programming.

The segment appeared in two episodes of The Jim Henson Hour. In "First Show", the trio feature Marc Weiner and his puppet Rocko. In "Food", Ubu and Zondra kidnap a woman (played by Camille Bonora) and force her to watch a commercial to demonstrate that consumers are all slaves to media. 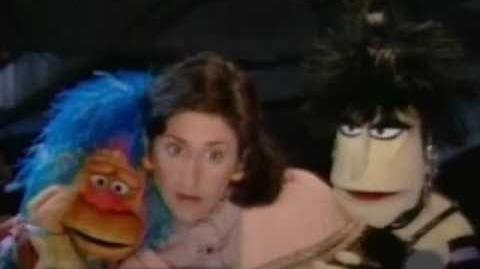 Retrieved from "https://muppet.fandom.com/wiki/Gorilla_Television?oldid=1091393"
Community content is available under CC-BY-SA unless otherwise noted.