The puppet used for Granny Bird is usually a spare Big Bird puppet. During Caroll Spinney's tenure as Big Bird, Spinney also performed Granny Bird. The two would not appear onscreen together until the early 1990s. In instances where they have shared scenes, Spinney often pre-recorded Granny Bird's dialogue, which would be synced by another puppeteer while Spinney performed Big Bird. Matt Vogel voiced her in a short appearance in the Sesame Beginnings video, Beginning Together. Since Episode 4826 in 2018, Jennifer Barnhart has taken over the character.

Granny Bird's residence has changed over the years, beginning with a place downtown from Sesame Street mentioned in Episode 0078. She also lives on a farm mentioned in Episode 0400, deep in the woods at 12 Forest Road in Episode 3006, a house that appears to be out in the country in the 1988 storybook Nothing to Do, and a beach house in I Want to Go Home!

Big Bird has referenced "my grandmother" on Zhima Jie: Da Niao Kan Shijie, a Chinese co-production, and she has appeared in animated form 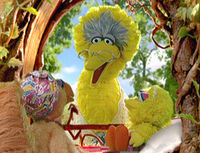 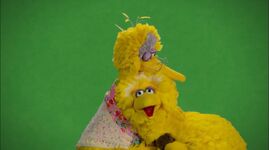 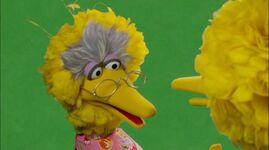 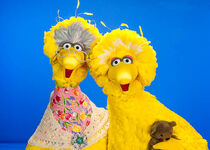 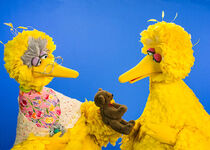 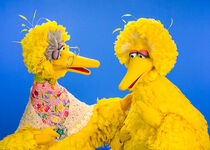 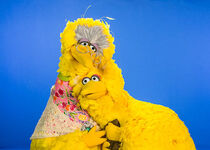 Granny Bird makes a substantial appearance in the 1989 Little Golden Book I Can't Wait Until Christmas. In illustrated form, Granny Bird loses her gray feathers and consequently looks even more like Big Bird, although she does sport a pair of pince-nez eyeglasses.