Granny Fanny Nesselrode is an old lady character who appeared on Sesame Street in the 1970s. She first appeared in Season 1, then made other appearances in Season 2 and Season 3.

The often confused Granny was mostly known for her "Answer Lady" skits, in which she solved viewers' problems (or at least attempted to). The program was broadcast from her cozy, sun-filled kitchen in Goat Corners, New Hampshire. She was aided by her announcer (performed by Frank Oz in the first season, and Jerry Nelson in the subsequent sketches), who typically corrected her on her various errors.

In her first appearance in Episode 0112, she was made from the same puppet originally used as the Southern Colonel. For this debut appearance, she was performed by Jim Henson.

As late as the 1975 book See No Evil, Hear No Evil, Smell No Evil, she was referred to as "the Answer Person" and consulted for advice in ridding the Sesame Street Clubhouse of all odors. In most book appearances, however, she functioned as an all-purpose feisty old lady.

She was also featured in a 1972 edition of "Here is Your Life" (performed here also by Henson), celebrating the life of Oak Tree. In that sketch, Granny Fanny visits from the farmhouse down the road to pay her respects to the tree, which she had planted in the ground when he was just an acorn. She even brings a picture of the acorn. Guy Smiley endearingly calls her "Farmer Fanny" (a reference to Fanny Farmer, author of the famous cookbook of the same name).

While never a major character on the show itself, Granny Fanny has been prominently depicted on merchandise over the years, most often in illustrated books. She featured in the Sesame Street Skills for Growing filmstrips "Ernie Learns to Skate" (voiced by Jerry Nelson) and "Sesame Street 4th of July" (voiced by Richard Hunt). 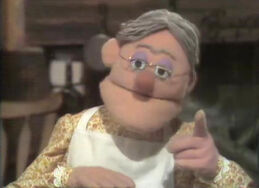 Granny Fanny as seen in season 1 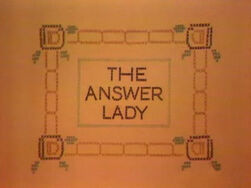