Hello, Here Is Berlin is a concert that opened the international radio exhibition in Berlin, Germany on August 23, 1979.[1] Headlined by Liza Minnelli and several other guests, the concert aired live in Europe,[2] later in Canada on the CTV Network on June 4, 1981,[3] as part of The International All-Star Festival (a musical benefit for UNICEF) on Showtime in the U.S. in June of 1981,[4] and retitled to Liza Minnelli in Concert on Channel 7 in Australia on September 27, 1981.[5]

The Muppets appeared in at least three numbers in the concert. A disco version of themes from Beethoven's 5th symphony features The Mutations, Doglion, Sweetums, and Fletcher Bird, accompanied by other dancers. Immediately following, they were joined by Timmy Monster, the three Trolls, the Gawky Birds, and the Bossmen for a medley of instrumental standards that ended in a line kick. Sweetums, Timmy, Doglion, and the Bossmen later accompanied The Harlem Globetrotters, with assistance from Mean Mama, for a non-verbal comedy routine.

The concert was directed by Ekkehard Böhmer and also featured Ben Vereen, Lola Falana, and Wayne Newton. It was produced by George Schlatter Productions who posted a clip on YouTube in 2015 (YouTube) (found by way of a recording from the Australian broadcast (YouTube)). Choreography was by Anita Mann and Yanco Inone. The broadcast company credits go to the International Television Trading Corporation and ZDF-West German Television. 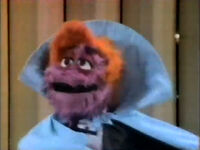 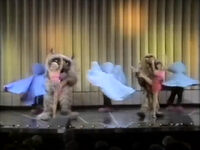 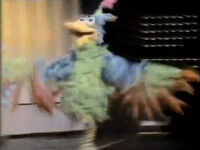 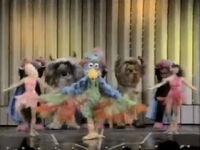 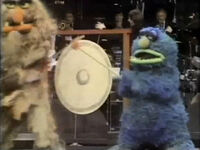 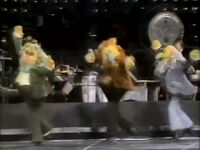 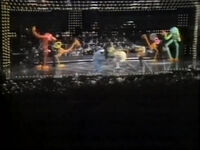 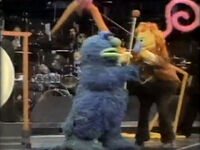 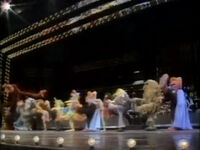 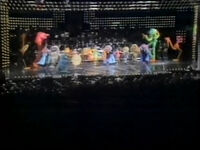 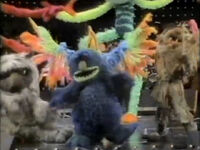 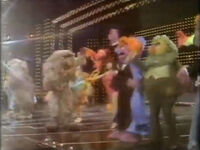 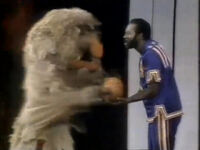 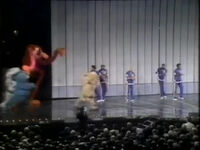 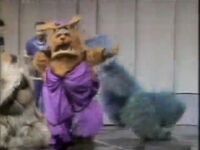 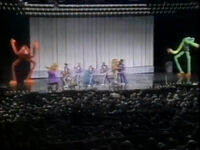 Retrieved from "https://muppet.fandom.com/wiki/Hello,_Here_Is_Berlin?oldid=1288905"
Community content is available under CC-BY-SA unless otherwise noted.