Henson's Place: The Man Behind the Muppets is a 52-minute documentary that was made in 1984. It covers the career of Jim Henson and the Muppets, starting from its inception up to his planning of Labyrinth. It was narrated by Julia McKenzie, who also did the interviewing. Those interviewed were Jim Henson, Jane Henson, Frank Oz, Michael Frith, Joan Ganz Cooney, Jerry Juhl, David Lazer and Lord Lew Grade. Also interviewed are Kermit the Frog and Miss Piggy, in the beginning not really knowing who Jim Henson was, and later giving different points of view on their potential marriage.

Among the topics discussed are Jim's early work, including Sam and Friends and Wilkins commercials; Sesame Street, mostly focused on characteristics of Big Bird, Ernie and Bert; Lord Grade's enthusiastic support for The Muppet Show, and later The Muppet Movie and The Great Muppet Caper, all without a contract; Fraggle Rock and The Dark Crystal. Frank Oz speaks about what he brings to his characters, such as Bert, Animal and Miss Piggy. The Muppet Stuff store (now defunct) is shown, and Jim speaks about merchandising as a necessity to help keep his projects going. Jim speculates that the Muppet characters will last as long as audiences want them to.

The documentary is a "A Platypus Production for (Welsh broadcaster) S4C", and has aired on PBS in the United States. 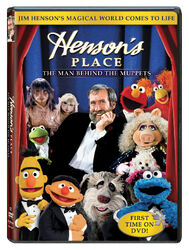 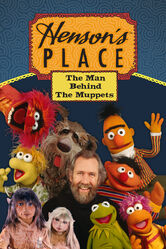